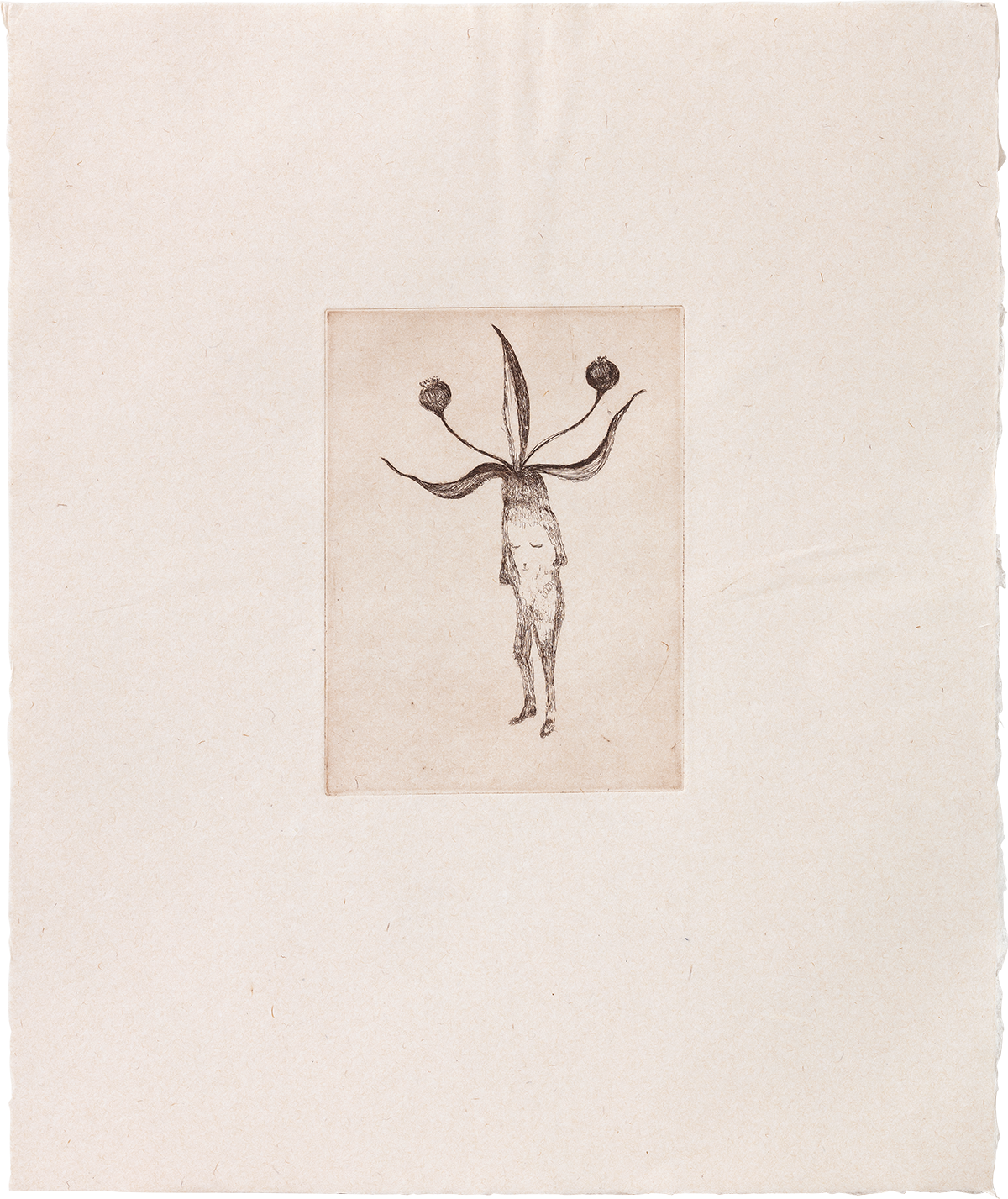 The Garden of Health - Etching

THE GARDEN OF HEALTH
This line etching is inspired by the Hortus Sanitatis (also written Ortus; Latin for The Garden of Health), a Latin natural history encyclopaedia, which was published by Jacob Meydenbach in Mainz, Germany in 1491. It describes species in the natural world along with their medicinal uses and modes of preparation. It followed the Latin Herbarius moguntinus (1484) and the German Gart der Gesundheit (1485), that Peter Schöffer had published in Mainz. Unlike these earlier works, besides dealing with herbs, the Hortus Sanitatis deals with animals, birds, fish and stones too. Moreover the author does not restrict himself to dealing only with real creatures, but also includes accounts of mythical animals such as the dragon, harpy, hydra, myrmecoleon, phoenix and the zitiron.