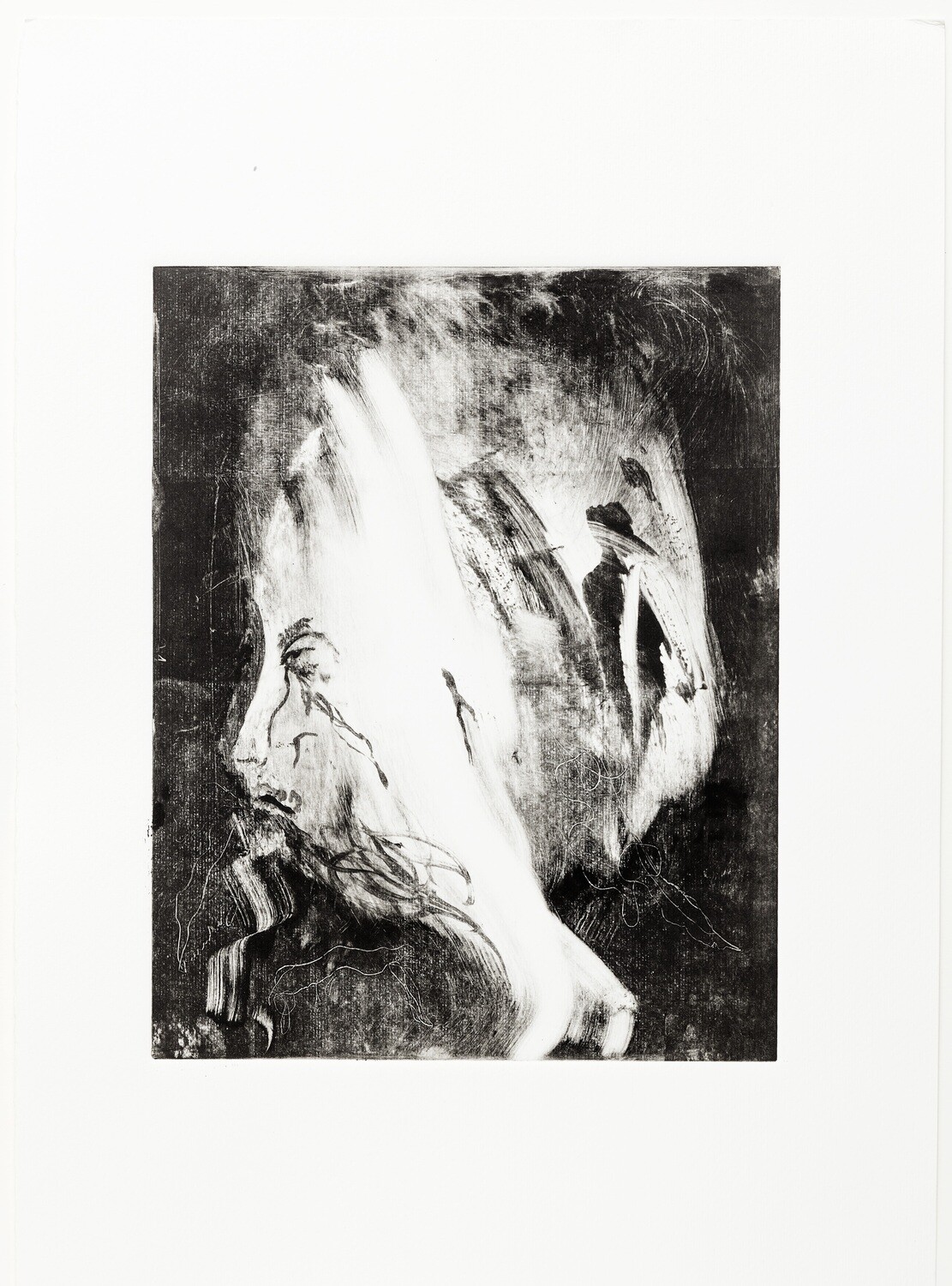 A MONOTYPE VERSUS MONOPRINT
A monotype is a unique print. A monoprint, unlike a monotype, is one of a series, so it is not completely unique. The monoprint begins with an etched plate, unlike the smooth plate of the monotype. The image on this etched plate is the underlying image of all monoprints in the series. Monoprints are often thought of as variations on one theme.

ABOUT ANIMA MUNDI
The motivic world of Cathrine Raben Davidsen is populated with human figures, animals and plants. In the paintings, one can glimpse human faces and bodies emerging from the saturated colour field surfaces. In the drawings and prints, one encounters shadowy images of floating bodies, owls, deer, whales, and jellyfish move around in fluid, formless spaces, seemingly in constant flux - in a state of dissolution towards a new dimension. By portraying this mix of living organisms inside a fluid space, Raben Davidsen explores the organic synthesis of humans, animals and the cosmos.