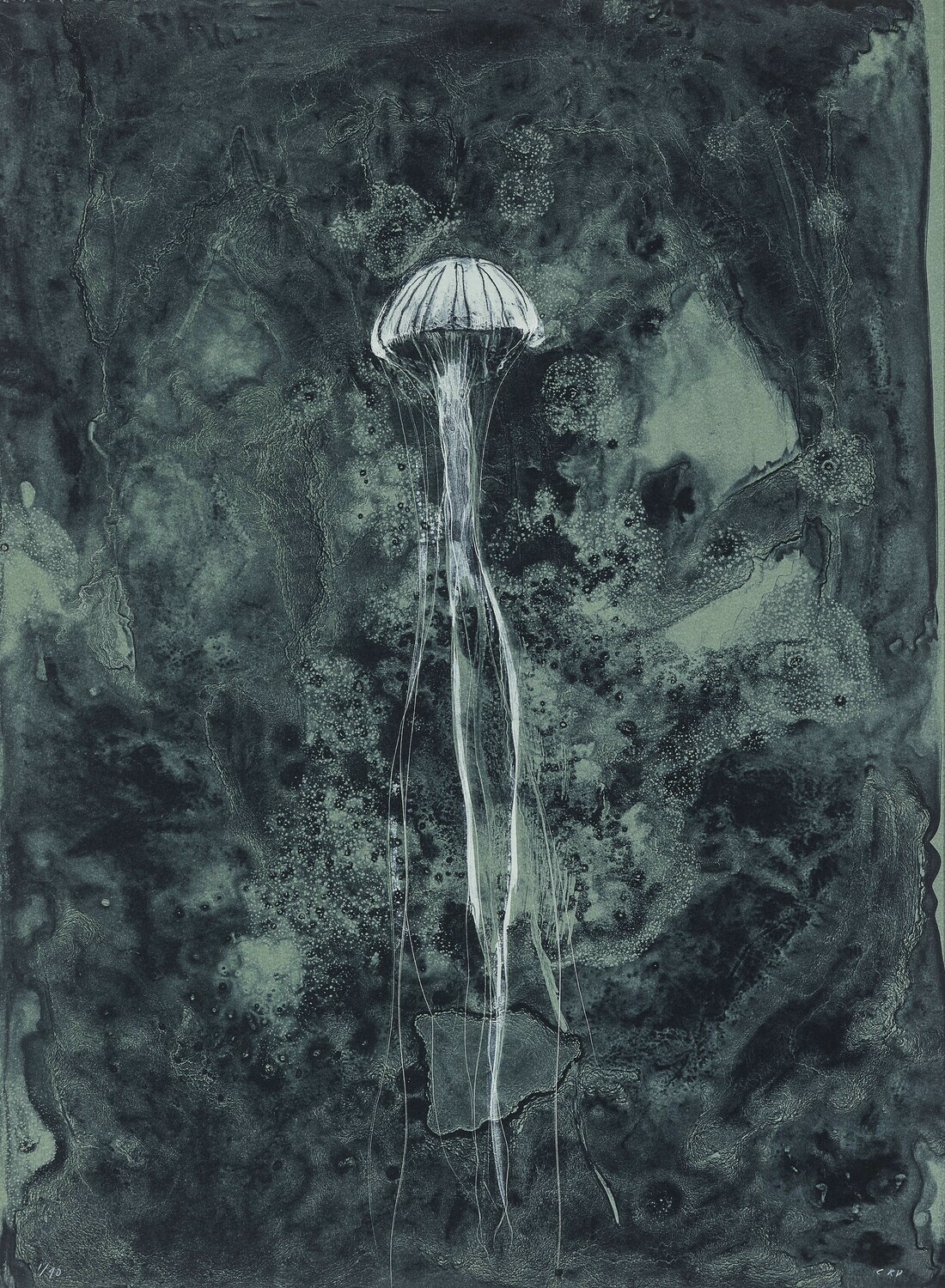 ABOUT TOTEM
Spirit Creature is part of a series of line etchings and original lithographs titled Totem.The motivic world of Cathrine Raben Davidsen is populated with human figures, animals and plants. In the paintings, one can glimpse human faces and bodies emerging from the saturated colour field surfaces. In the drawings and prints, one encounters shadowy images of floating bodies, owls, deer, whales, and jellyfish move around in fluid, formless spaces, seemingly in constant flux - in a state of dissolution towards a new dimension. By portraying this mix of living organisms inside a fluid space, Raben Davidsen explores the organic synthesis of humans, animals and the cosmos.


For more information about other available prints from this collaboration please feel free to contact us at info@crdstudio.com Watch the TOTEM film - a portrait of Cathrine Raben Davidsen - by Alex Archimbaud for Royal Copenhagen here