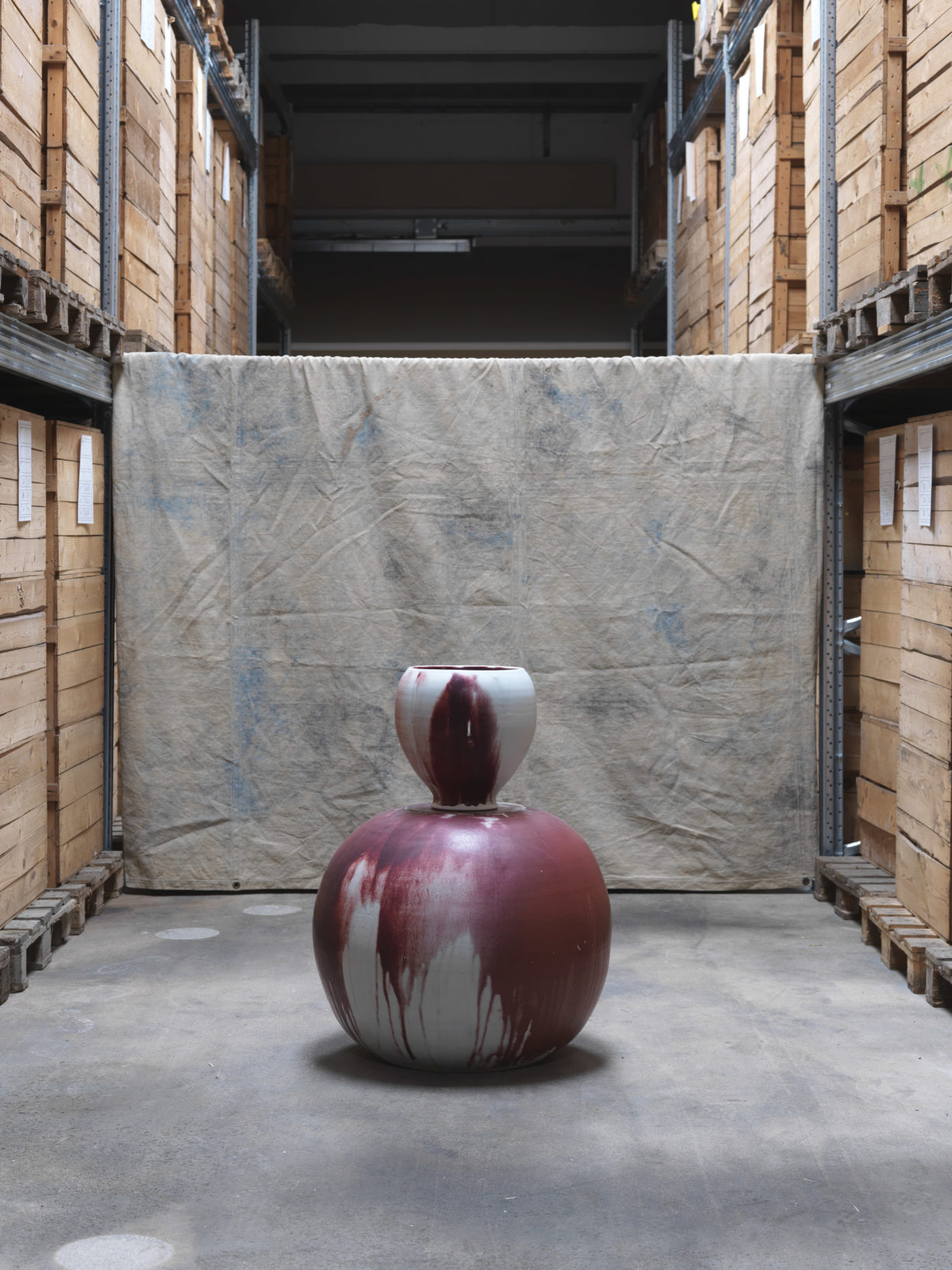 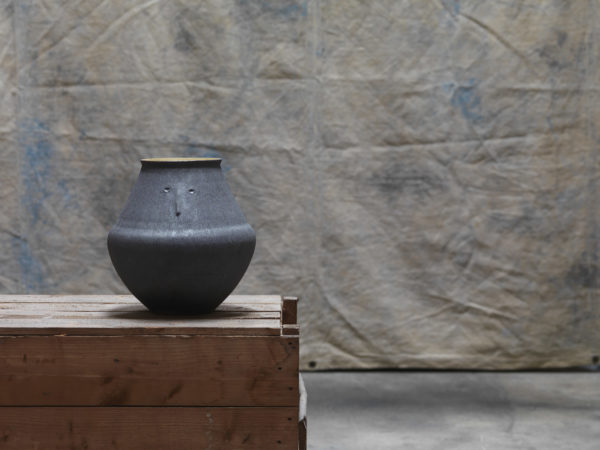 Here, the artist talks Vogue through her process and motivations.

240-year-old ceramics company Royal Copenhagen “is very much a sort of Danish DNA,” says artist Cathrine Raben Davidsen, who grew up around the brand’s iconic blue and white dishes. It’s not only locals, though, who like the heritage house’s wares. In recent years it has increased its offerings, exploding the signature Flora pattern into a “Mega” range and experimenting with patternless plates in different glazes. Meanwhile, Raben Davidsen, well known for her haunting paintings, has been working behind the scenes, continuing the company’s tradition of artist collaborations that dates back to the 19th century. The fruits of the artist’s labors will be shown in a multimedia exhibition, “Totem,” presented at the company’s Copenhagen flagship.

Don’t expect florals. Raben Davidsen spent her time digging into the archives, experimenting with historical glazes and oxides from Royal Copenhagen’s vast archives to create pieces that tell a sort of origin story. “With ‘Totem,’” Raben Davidsen tells Vogue, “I wanted to explore the spiritual and mythological tradi­tions that have existed for millennia. Traditions dealing with the interconnections among culture, nature and the cosmos.” The artist’s deep dive into history has resulted in artful pieces that have an organic feel; which is not to say that they are naive, but there is a sense of hand and texture more akin to pottery than the smooth perfection of porcelain. Raben Davidsen is clearly aware that we live in a constant state of movement and becoming where “nothing is ever still or quiet.” “Totem” is offered as an antidote to the sensory overload and frantic pace of today; her pieces material equivalents of om.

How did you become an artist?
I lost my father very suddenly when I was 13 years old. He was a fashion designer. I began making fashion illustration drawings as a way to connect with him. Since then my work has always been about transformation and about stages beyond what we know and about what we cannot see.

You are best known as a painter; how would you describe your work?
I am interested in the layering of paint, and I use materials that don’t work well together. I mix oil with water, turpentine with ink, and in my new drawings I have used a lot of Coca-Cola mixed with ink, which reacts very interestingly on the paper. In a way it is a process very much like working with glazes, because you cannot predict how the materials will react, they sort of have a life of their own. I very much like this idea of not being able to control what I do. I have always used strong colors connected to chakras. My figures are often in process, floating, transforming in a never ending process, just as we as humans are changing constantly.

When did you start working with ceramics?
About ten years ago I began exploring with ceramics when I was invited to work with Royal Copenhagen. I began by painting directly onto the porcelain. After travels to Mexico and Japan over the past years I have become more interested in glazes.

What do you like about this new medium?
I really love its unpredictable aspects. In a way I work in complete blindness, as the colors of the wet glazes are not the same colors as when they come out of the oven after the firings at all. For instance, the Oxblood glaze (which is a very famous glaze the has been developed by Patrick Nordström and used by Axel Salto), is a light green color when you apply it to the unglazed work. I have also used 24-carat gold on some of the pots. Before firing, the 24 carat gold is a very dark brown color; when it comes out of the oven it is siena brownish. You need to rub it very delicately before the gold appears. It is a beautiful process. As I haven’t trained as a ceramicist I use the glazes in a painterly manner, I mix them together not knowing how they will react in the firing. I also re-glaze and re-fire the works several times. In this way it very much differs from when I am applying paint to my canvases.

Can you tell us about the work you’ll be exhibiting?
For the past two years I have been working on creating a large number of ceramic works, all unique, in collaboration with the Royal Copenhagen using historical glazes and oxides from their vast archives. This has resulted in more than 150 unique ceramic works. [Some of these will be shown in the exhibition along with] paintings, drawings, and an animation film. The title of the exhibition is “Totem;” it refers to traditions in cultural history and religion such as animism and totemism which center on an extended understanding of spirituality. With “Totem” I wanted to explore the spiritual and mythological tradi­tions that have existed for millennia. Traditions dealing with the interconnections among culture, nature, and the cosmos. With my new ceramic work for the exhibition I feel that I have been able to have all of my work come from the same place. In a way both paintings, drawings, and the ceramics speak the same language. I have learned a lot from the glazing process that I have been able to transfer to the paintings and drawings.

Your work is a departure from the house’s traditional blue and whites…
In the course of its almost 250-year history, Royal Copenhagen has built up leading expertise in porcelain and stoneware production. Most people are not aware of the fact that they have been inviting artists in to develop and experiment with creating unique ceramic works at their factory since the 1820s. It is a tradition that is carried on today. This is also the reason that we have chosen to make this collaboration visible in “Totem,” which will be shown at the flagship store here in Copenhagen from 7 February – 31 March 2019.

What’s the takeaway from “Totem?”
We do live in a very confusing world, with so much we have to relate to on a daily basis. I believe that nature, history, the spiritual and art can help us to reflect and find peace. Maybe it can even give us an understanding of where we come from and what happens to us when we’re no longer here.Febray

read the interview online at vogue.com