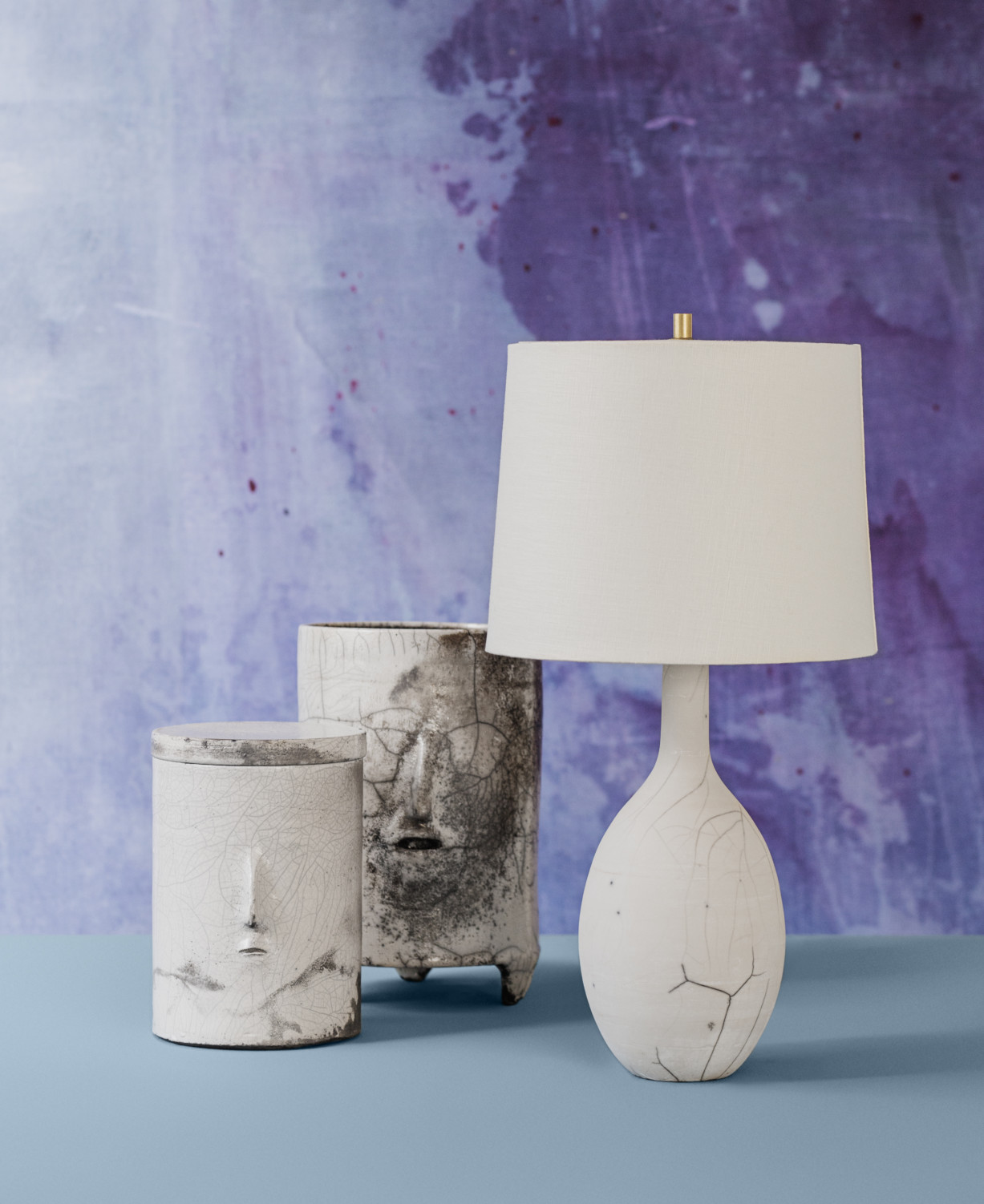 New Ceramic Works
The Apartment
May 2016 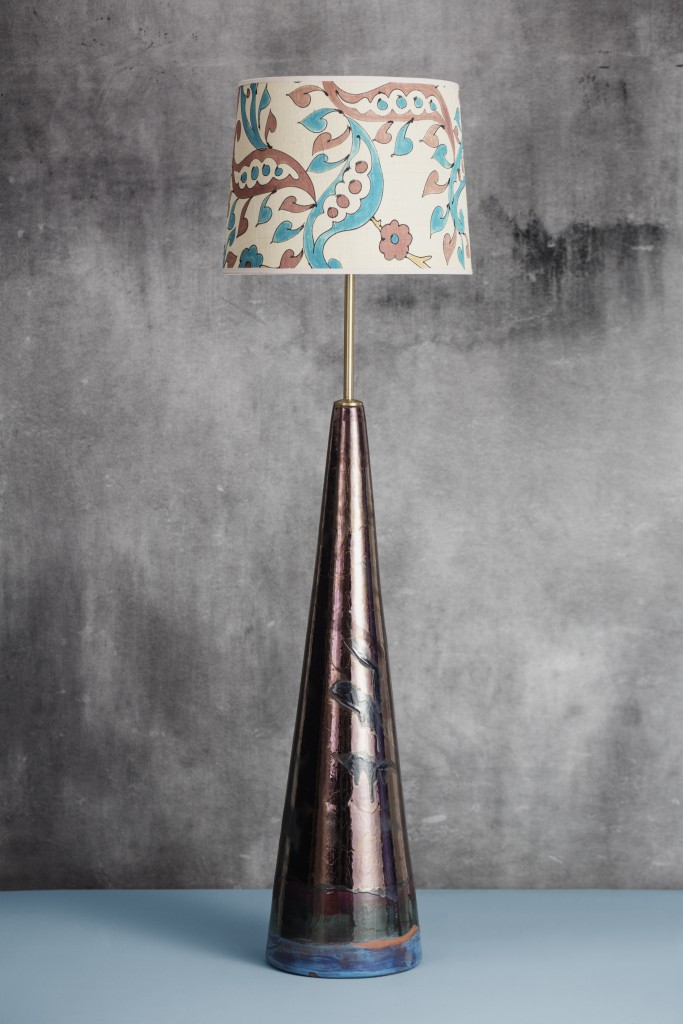 Historical accounts, works of fiction and mythological material combined with personal memory often form the point of departure for the work of Danish artist Cathrine Raben Davidsen. Her activities are characterized by a strong fascination with the material and the urge constantly to experiment with and explore different artistic techniques. The traditional hierarchies among art, artist-craftsmanship and design are negated in an artistic oeuvre that ranges wide from painting, drawing and ceramics to costumes and stage design.

Over the past few years ceramics has been given an increasingly prominent role in her work. The inspiration comes from among other sources Pre-Columbian terracotta works and ancient Japanese craft traditions, including special glazing techniques and raku firing. In the ceramics there is a particular emphasis on simple formal expression and the beauty of the imperfect. A particular sense for the material and the processual is characteristic of Raben Davidsen’s working method, in which the works are often built up of many layers in a variety of materials and techniques. But unlike the two-dimen­si­onal works the ceramics involve a higher degree of loss of control and unpredictability, as the firings and glazes vary and react differently from time to time. At the same time the curved surfaces of the ceramics pave the way for different kinds of narratives without a beginning or ending.

Other important influences are Frida Kahlo’s “Casa Azul” in Mexico and the artist Vanessa Bell’s home, “Charleston”, in England. Kahlo and Bell, who were both associated with the Bloomsbury group, carefully chose artist-craftsmanship, furnishings, arts and crafts, colours and decorations and created a meticulously orchestrated and staged totality in the home. “Casa Azul” and “Charleston” nevertheless became rallying points for some of the most prominent artists and intellectuals of the time, cradles not only of new political thoughts and ideas, but also of alternative lifestyles and the play of identities.

In Raben Davidsen’s investigation of identity as something associated with memory and history, the home in fact plays an important role as the place where our identity has its foundations. Her own memories of her childhood home often feature in the works on an equal footing with myth and litera­ture. This is also the case in the ceramic lamps, where curtain material from her childhood home is used in some of the shades. The lamps are at one and the same time beautiful utility objects and works of art. While their function is immediately evident, it is a different matter with the lidded jars, which seem unsettling and ominous compared with the domesticated aura of the lamps. The jars recall the lost rites and mysterious religious ceremonies of our ancestors – like relics whose meaning has been lost in time.

In her well known essay A Room of One’s Own from 1929, Vanessa Bell’s sister, the writer Virginia Woolf, argues for a woman’s right to a room where she can express herself freely, beyond the influence of the usual norms. For Woolf the room is a concrete working room, but also a more metaphorical, spiritual space for the woman’s emancipation from conventional demands for femininity. Raben Davidsen’s mission is perhaps not decidedly feminist; nevertheless, through her now all-encompassing practice and personal idioms, she has been able to create an artistic place to stand – her own room, one could say – from which she can act freely. By alternating among different forms of artistic expression she breaks down the dogmas and hierarchies that still prevail between design / artist-craftsmanship and art.

In recent years Raben Davidsen has collaborated closely with Royal Copenhagen, a collaboration with origins in the firm’s tradition for working with prominent artists such as Axel Salto and Eva Stæhr-Nielsen in the development of one-off works. This now century-old tradition began in 1821, when G.F. Hetsch was appointed artistic director.

Cathrine Raben Davidsen (b. 1972) trained at the Royal Danish Academy of Fine Arts in Copenhagen and at academies in Holland and Italy. Behind her she has a succession of museum exhibitions in Denmark and internationally. Raben Davidsen is represented in a wide range of museums and well reputed private collections. She has made costumes and sets for the Royal Danish Ballet and has been awarded many pres­ti­gious prizes and grants.

Cathrine Raben Davidsen and The Apartment

We are pleased to invite you to an exhibition with selected ceramic works by
Cathrine Raben Davidsen at The Apartment.
Saturday the 16th of April 2016 from 11 am – 4 pm

We look forward to seeing you

The Apartment is a liaison of 20th century furniture, contemporary art and design, showcased in the elegant setting of a beautifully restored 18th century apartment in Christianshavn, a charming district of the old Copenhagen.

The Apartment was conceptualised with a desire to create a unique platform for exceptional decorative arts and design. Our interior is edited with an international scope, and we are proud to feature unique design pieces, usually produced in a limited edition or as a one-off commission, from a diverse group of distinguished designers such as Michael Anastassiades, Ilse Crawford, McCollin Bryan and Larusi rugs. The gallery does not have a fixed manifesto, but sources both emerging and established designers alongside handpicked vintage furniture. The Apartment is consequently a source of extraordinary stories and objects.

Tina Seidenfaden Busck is part of a tight network of the region’s most compelling galleries, allowing The Apartment to showcase and sell works by renowned, international artists. Moreover The Apartment has a longstanding relationship with auction houses like Sotheby’s, Christie’s and Phillips de Pury, enabling the gallery to operate both on the primary and the secondary art market. The Apartment has been appointed a 1stdibs dealer.

Tina Seidenfaden Busck has worked with contemporary art, design and antiques her entire career. Most recently, she was with one of the regions leading galleries, Andersen’s Contemporary, representing such artist as Olafur Eliasson, Anselm Reyle and Tomas Saraceno. From 2000 to 2010 she worked at Sotheby’s – first in London and since in Copenhagen as the co-representative for Denmark.

The Apartment was founded in 2011 by Tina Seidenfaden Busck and Pernille Hornhaver. 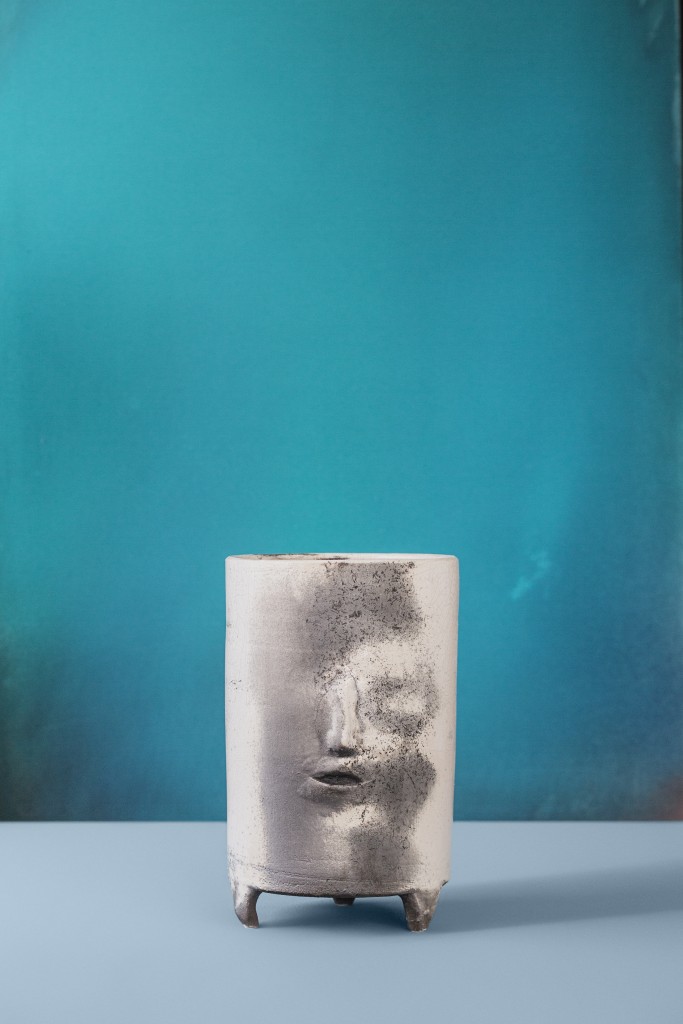 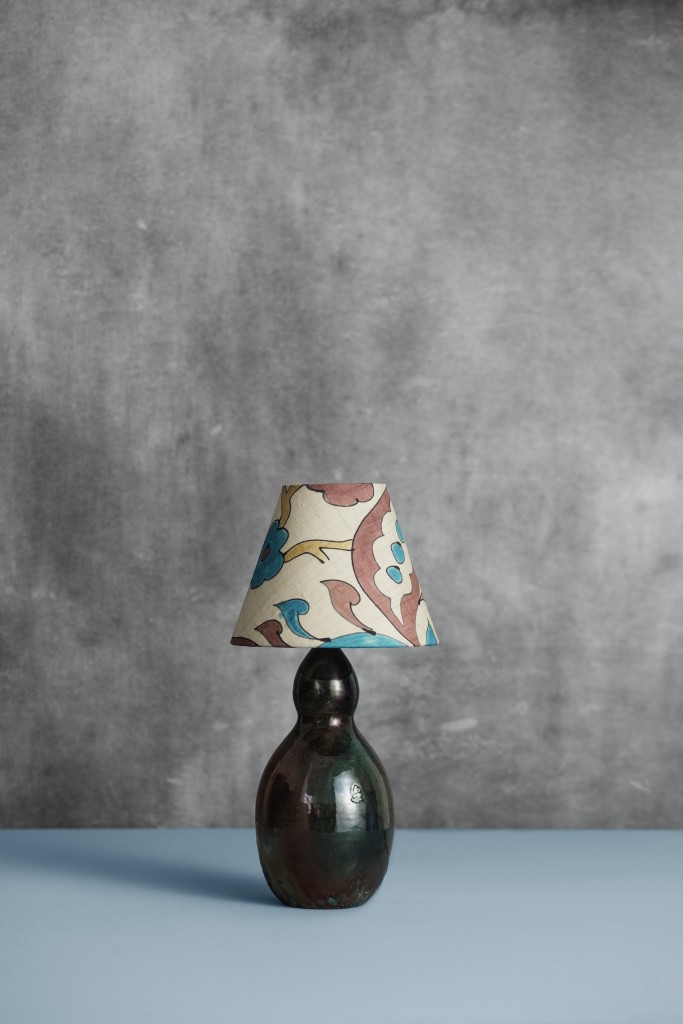 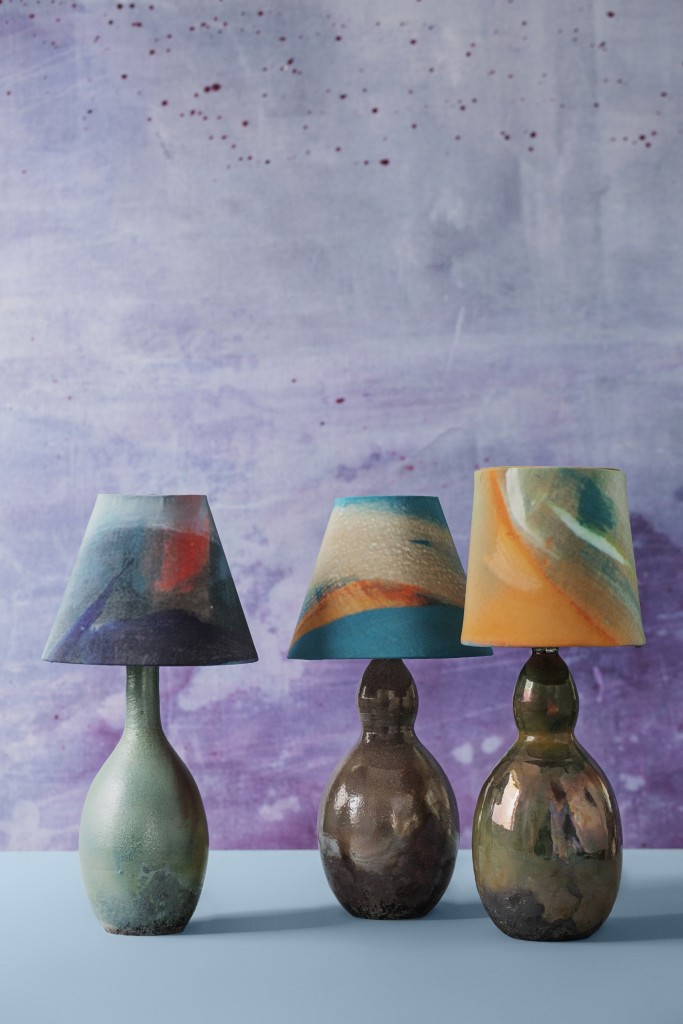 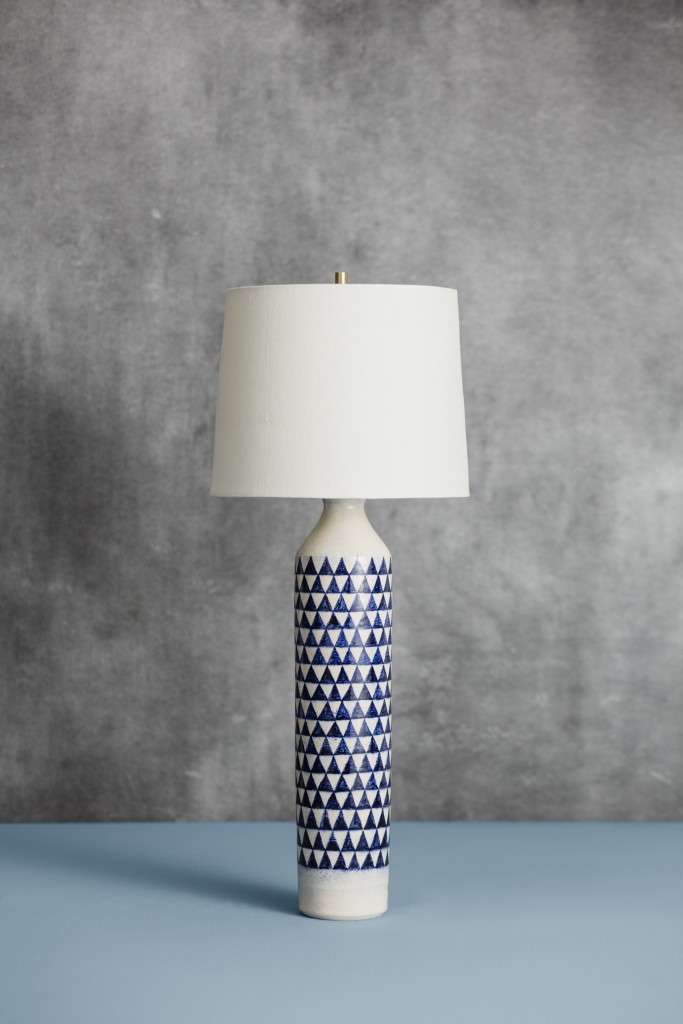 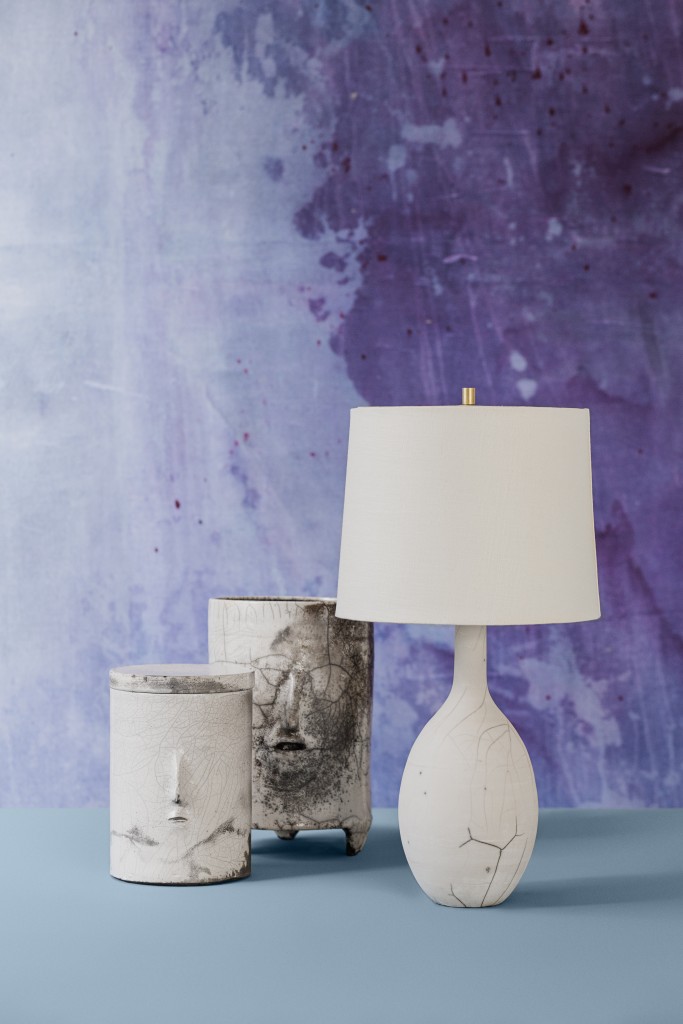 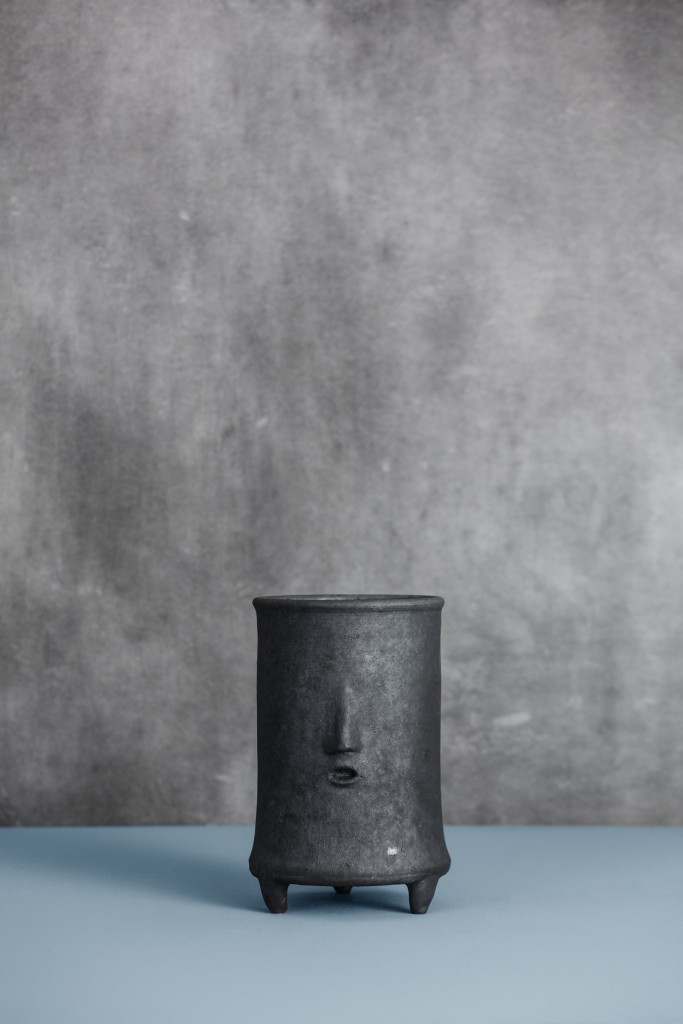 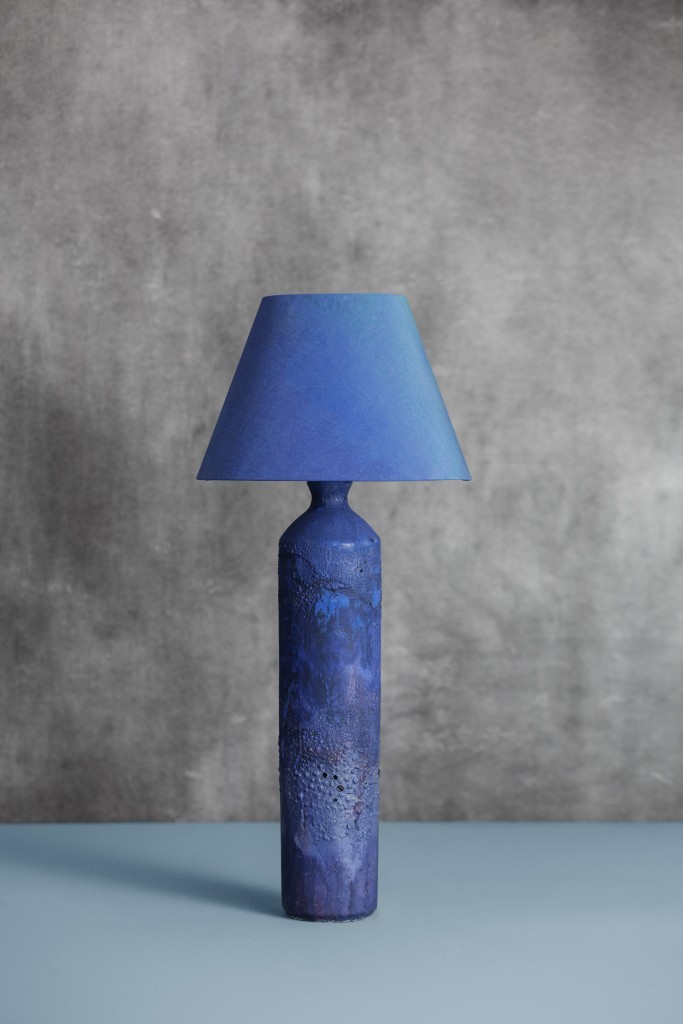 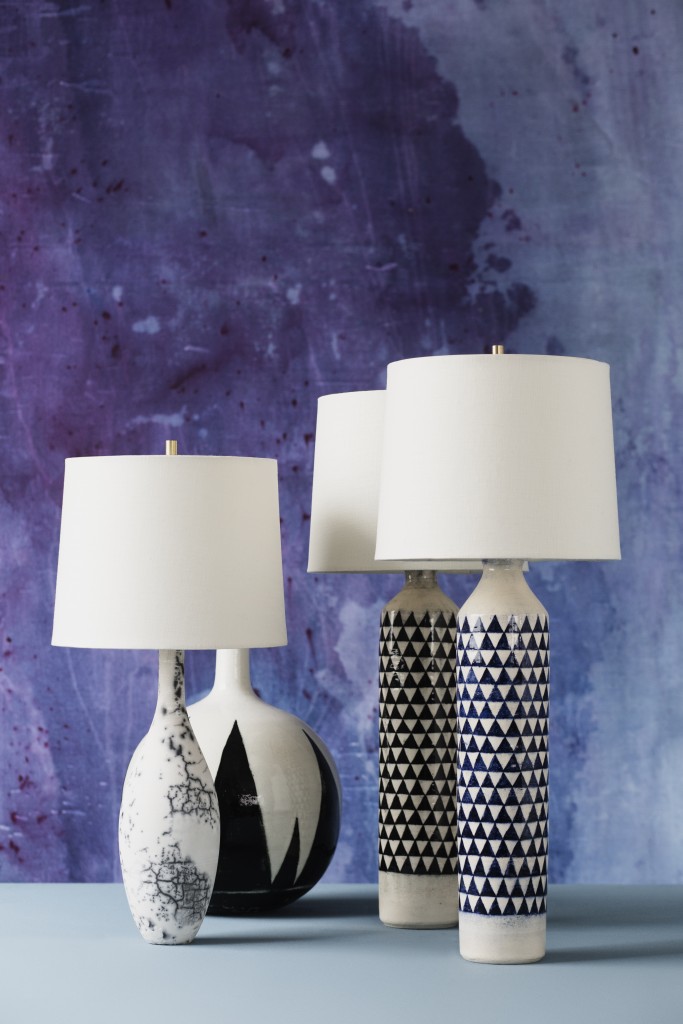 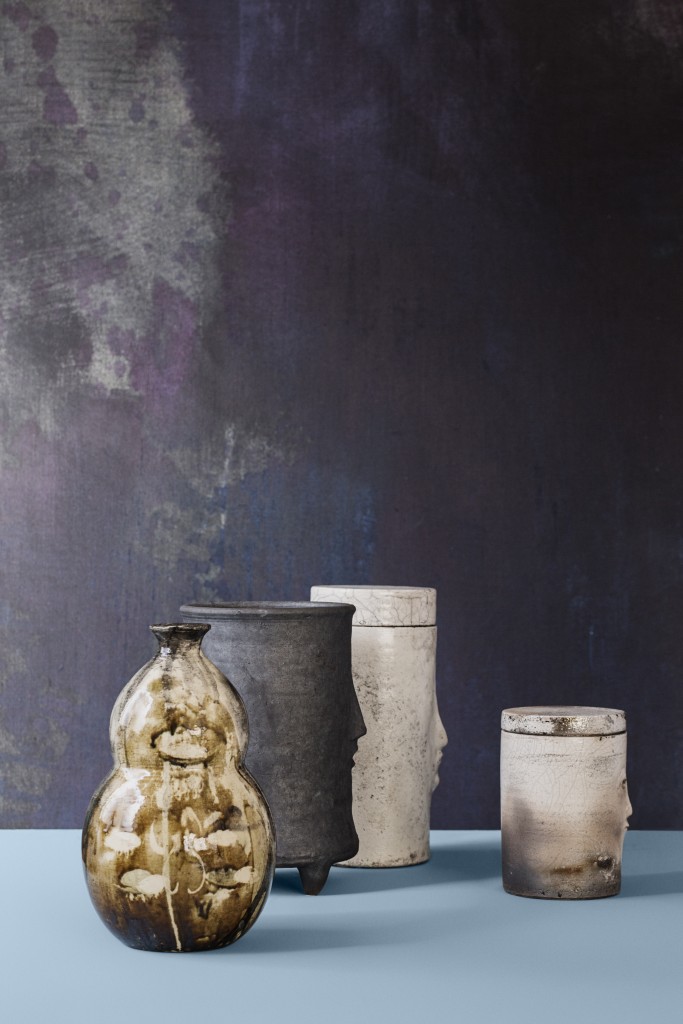 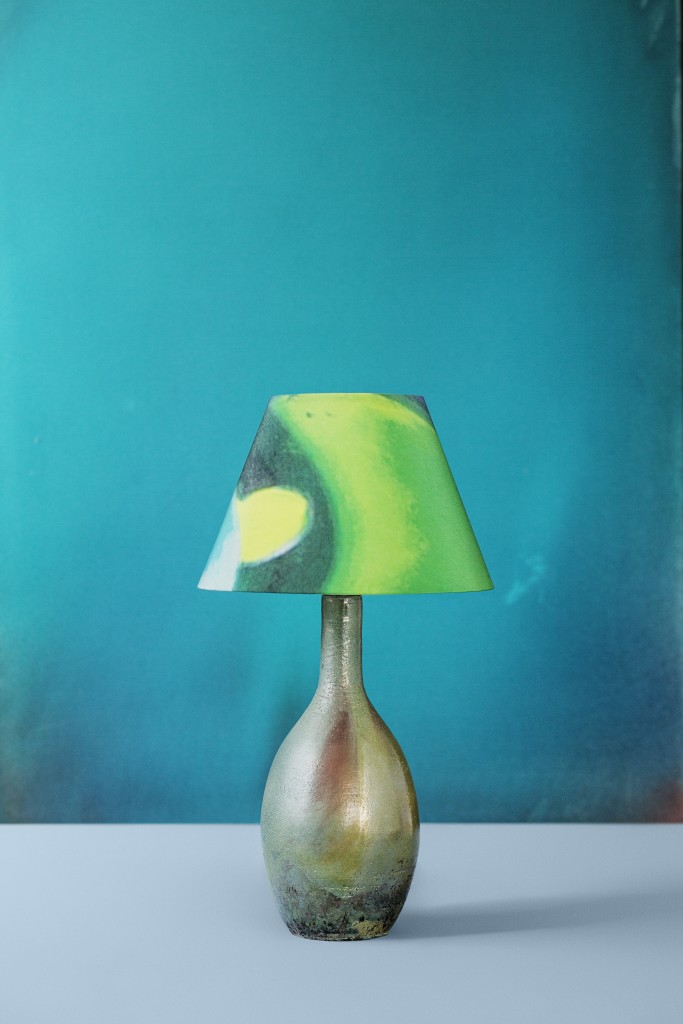 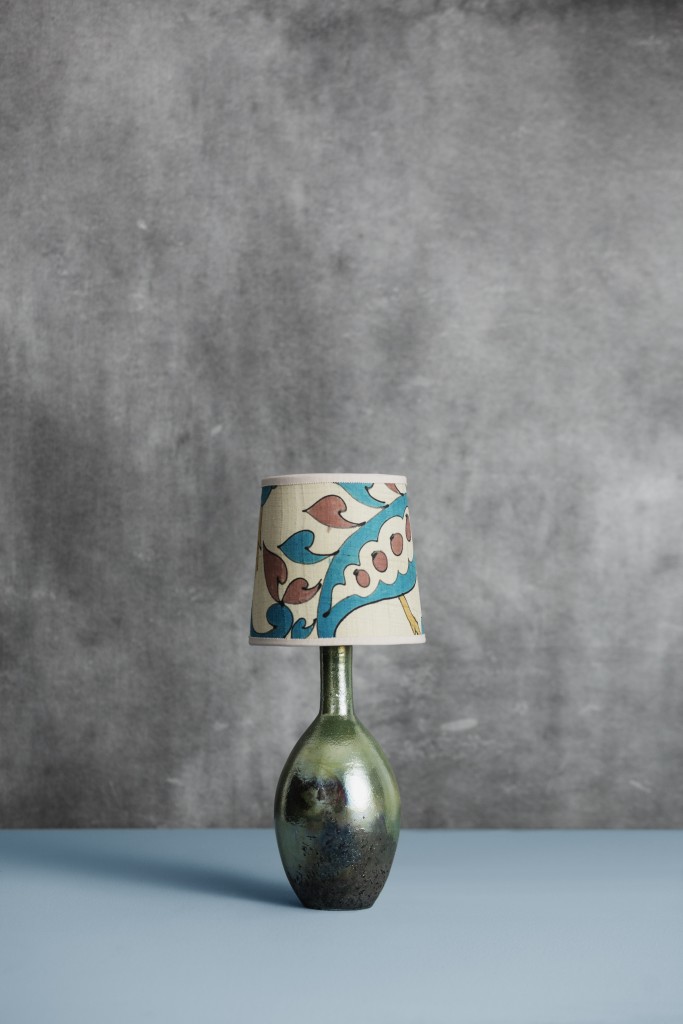 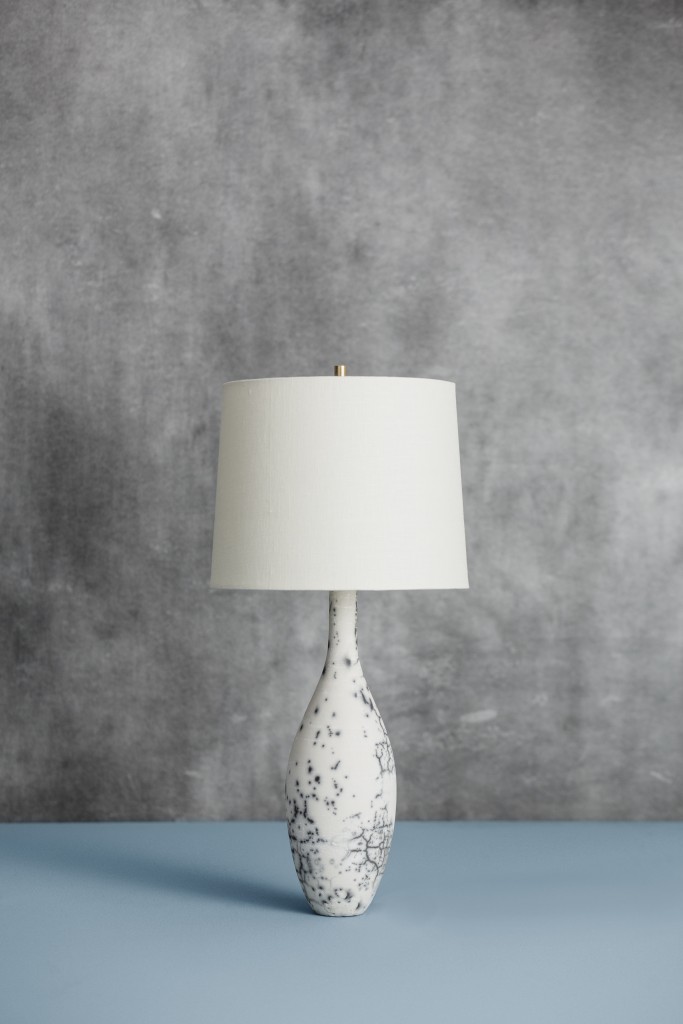 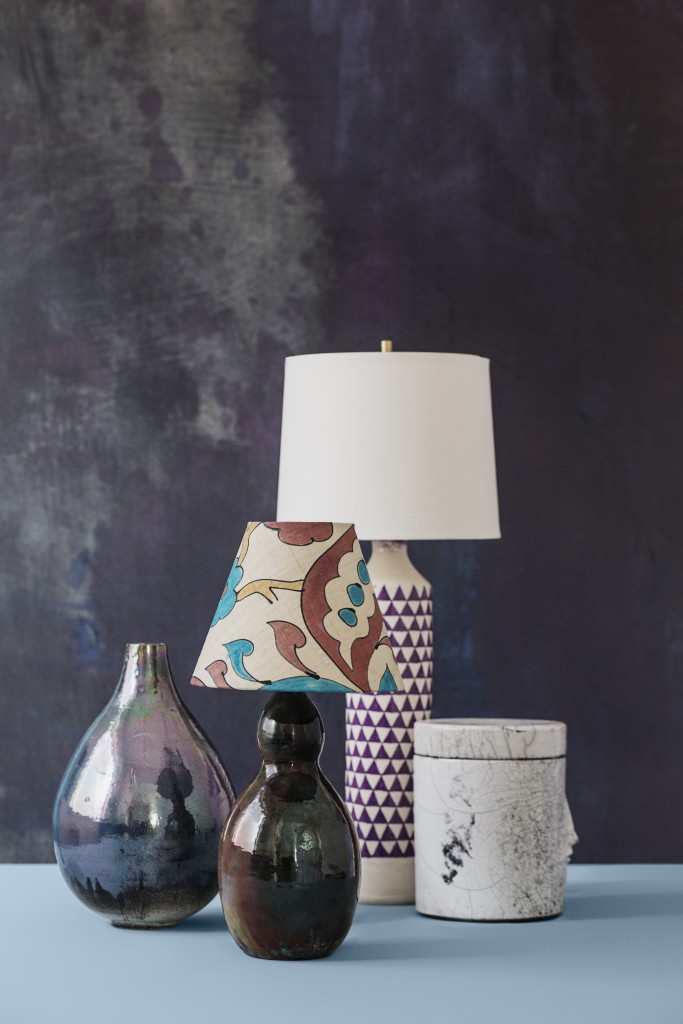 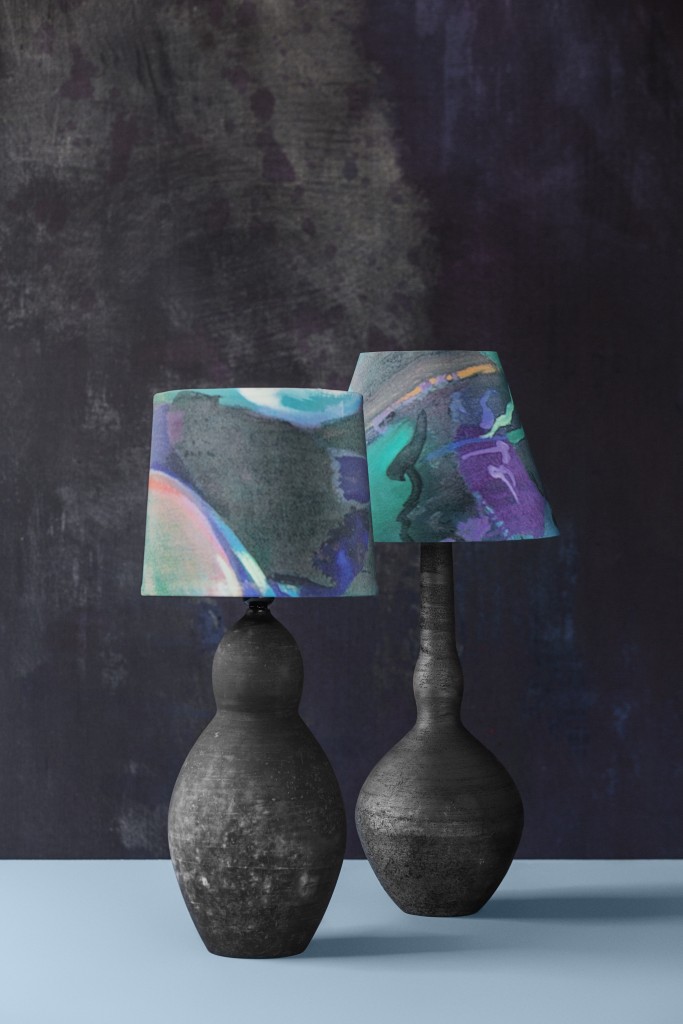