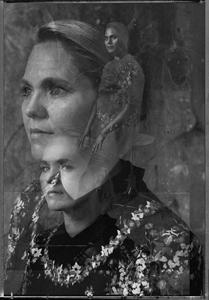 Nordic Portraits is a series of one-on-one conversations with Scandinavian artists, exploring topics ranging from how they approach their craft through to their personal experiences with success, failure, collaborations, triumphs, disappointments, blowups and everything in between. The series looks to explore Danish culture through the eyes of the nation’s leading artists. Music by Nina Liv. Visuals by Frame CPH, hosted by Copenhagen-based producer Ben Catford.

EPISODE 34: CATHRINE RABEN DAVIDSEN
Cathrine Raben Davidsen is a visual artist who has, over the past 30 years made a name for herself in Denmark and abroad with her paintings, drawings and ceramic works that explore ancient history as well as modern cultural and philosophical thinking.  Cathrine’s work is represented in numerous prominent museum collections and institutions and amongst the many awards she has received, she was in 2015 appointed Knight of the Order of the Dannebrog by Her Majesty The Queen of Denmark.