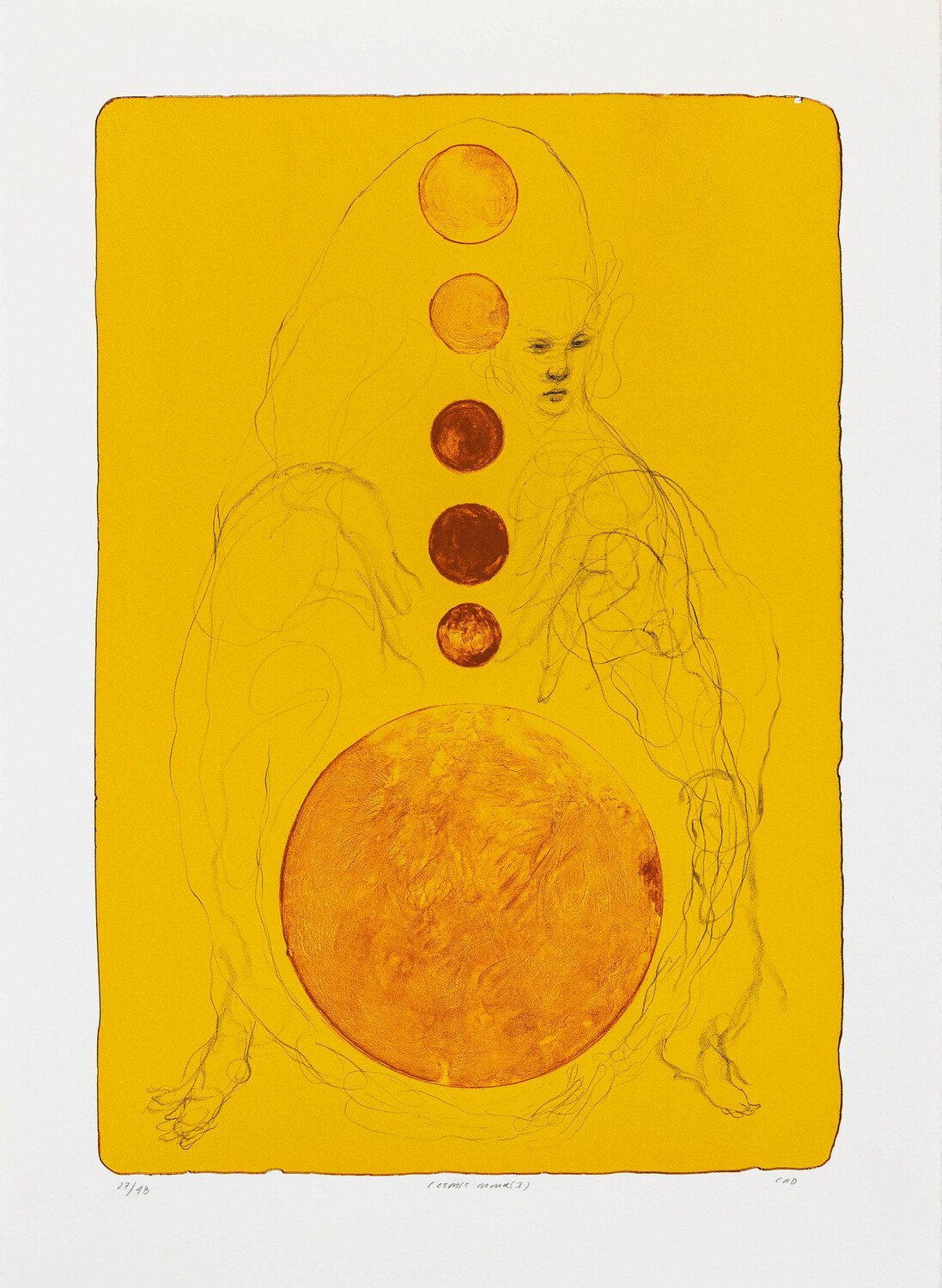 This print is part of the COSMIC MIND series of lithographs made in collaboration with Edition Copenhagen in June 2022.


The lithographs are inspired by the phrase as above so below, which has many possible interpretations. The phrase comes from a Hermetic text known as the Emerald Tablet. The Hermetic texts are almost 2000 years old and have been very influential in occult, philosophical and religious views of the world throughout that period. In Western Europe, they gained prominence in the Renaissance, when large numbers of intellectual works were introduced and reintroduced to the area after the Middle Ages.


The phrase expresses the concept of microcosm and macrocosm: that smaller systems – particularly the human body - are miniature versions of the larger universe. By understanding these smaller systems, you can understand the larger, and vice versa. Studies such as palmistry connected different part of the hand to different celestial bodies, and each celestial body has its own sphere of influences over things connected to it.

This also reflects the idea of the universe being composed of multiple realms (such as the physical and the spiritual) and that things that happen in one reflect upon the other.

For more information about other available prints from the COSMIC MIND series please feel free to contact us at info@crdstudio.com © Cathrine Raben Davidsen