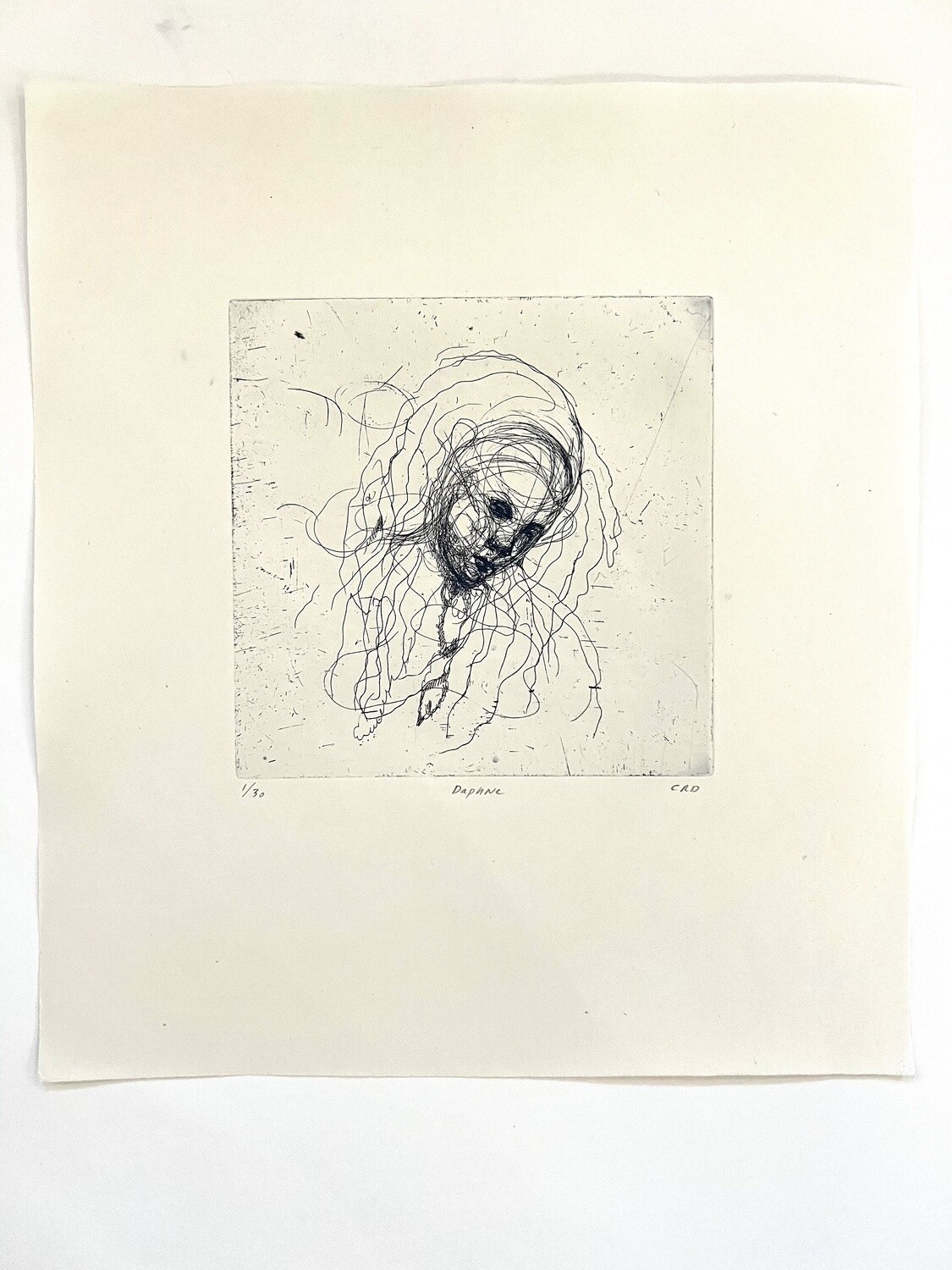 This print is part of the ALCHEMY series of etchings made in collaboration with Schäfer Grafik in November 2022.

Daphne is a figure in Greek mythology associated with fountains, wells, springs, streams, brooks and other bodies of freshwater.

There are several versions of the myth in which she appears, but the general narrative, found in Greco-Roman mythology, is that due to a curse made by the fierce wrath of the god Cupid, son of Venus, on the god Apollo (Phoebus), she became the unwilling object of the infatuation of Apollo, who chased her against her wishes. Just before being kissed by him, Daphne invoked her river god father, who transformed her into a laurel tree, thus foiling Apollo.

For more information about other available prints from this series please feel free to contact us at info@crdstudio.com © Cathrine Raben Davidsen