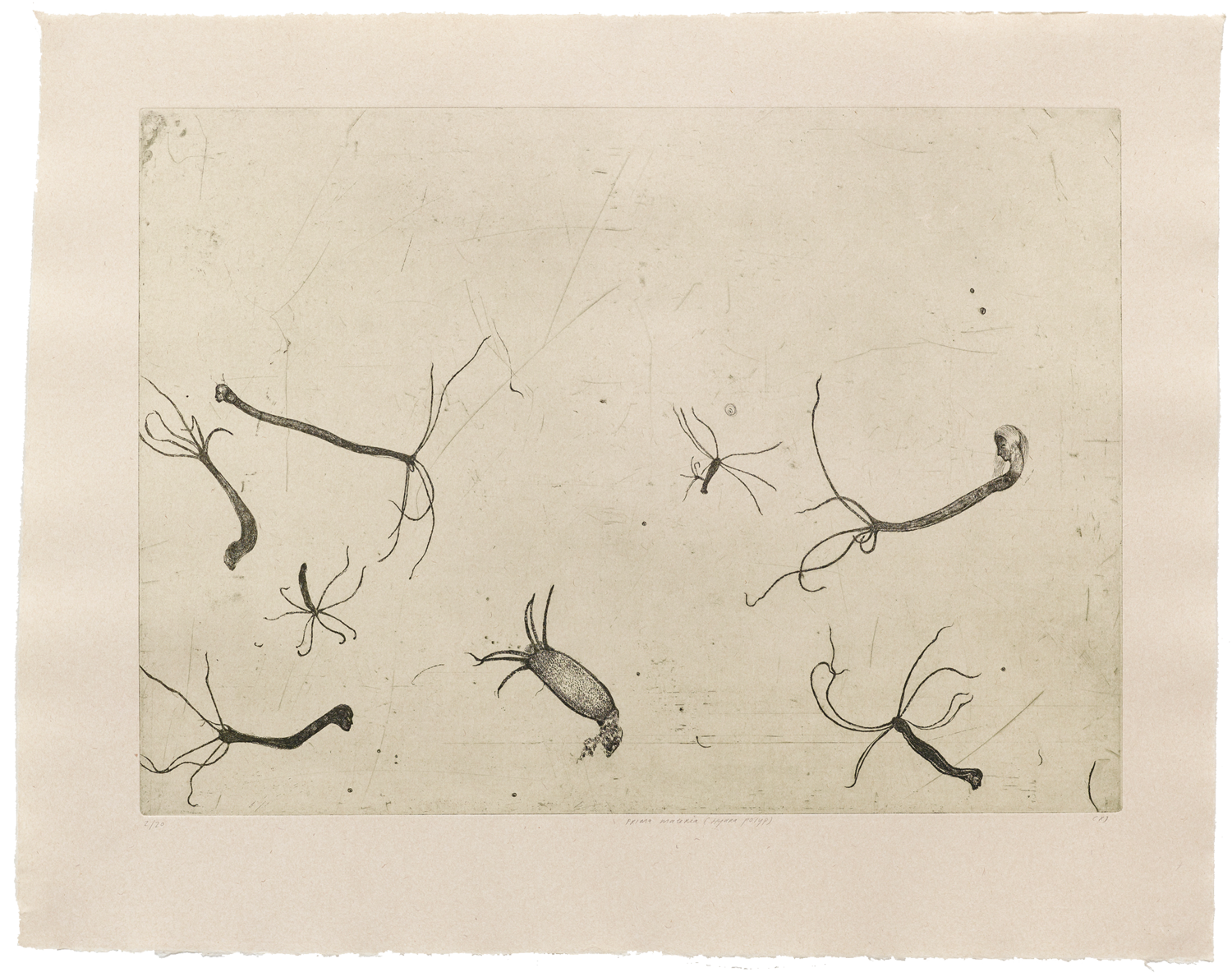 ABOUT PRIMA MATERIA
Prima Materia (Hydra Polyp) is part of the Prima Materia series of 5 line etchings made in collaboration with Schäfer Grafik in Copenhagen in 2019. A Hydra Polyp is small fresh-water organism known for its regenerative ability - it does not appear to die of old age or even age at all.

Prima Materia is a formless primeval substance regarded as the original material of the universe. It is an alchemical symbol that reflects the notion that everything in the universe originates from one primitive, formless base. This invisible base, uterus, or invisible force is a felt with bearing potential that can only occur when it is embodied in a "form." In alchemy, "Materia Prima" is what is left after we have reduced matter to its purest essence. It is both the beginning and the end of any process, and is therefore often rendered as the serpent "Ouroboros" biting itself in the tail.

For more information about other available prints from The Prima Materia series please feel free to contact us at info@crdstudio.com