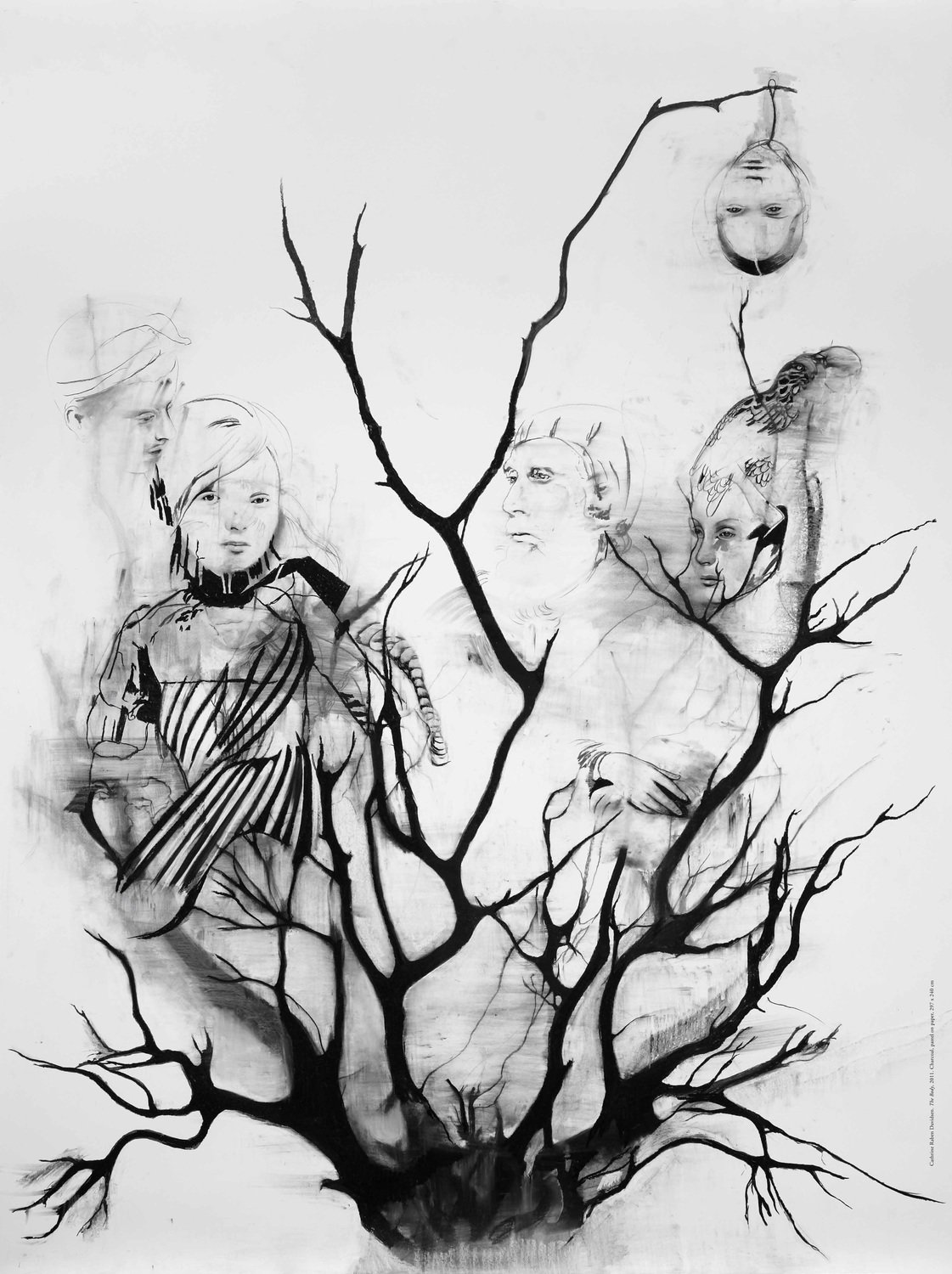 THE BODY - POSTER
This poster is made on the occasion of the exhibition The Inkwell at Trapholt Museum of Art, 2010 and is a copy of the large scale drawing titled The Body, 2010 (charcoal on paper, 300 x 240, private collection), which was included in the exhibition.


This poster is signed by Cathrine Raben Davidsen

ABOUT THE BODY
The motif is inspired by the folktale " A Flowering Tree"  from the Kannada language of southern India. An old Indian fable tells the story of a young, poor girl, who  by magic, could transform herself into a tree in bloom. The girl’s sister would pick the fragrant flowers off the  tree, and the two sisters would sell the flowers at the local market. The local Prince was so enchanted by the beautiful fragrance of the flowers that he secretly followed the two girls and watched the transition from woman into a tree in bloom. He fell deeply in love with the girl and married her very soon afterwards, making her a Princess. Everything was idyllic, and their love for each other was very deep. But one day the Prince’s wicked sister lured the Princess to change into a tree, so that she and her friends could pick the beautiful flowers. Her friends were very brutal to the tree. They savagely tore off its branches and destroyed its leaves.

When the Princess changed back from a tree into a human being, she had no hands and no feet and only half a body. The Prince’s sister and her friends left the badly injured Princess where she was, and she suffered greatly. When  the Prince could not find his Princess, he was overwhelmed by great sorrow, and started out on a long journey in search of her and were eventually reunited. The Princess changed back into a tree in bloom, the Prince put the branches and leaves back where they belonged, and she became a whole human being once again.