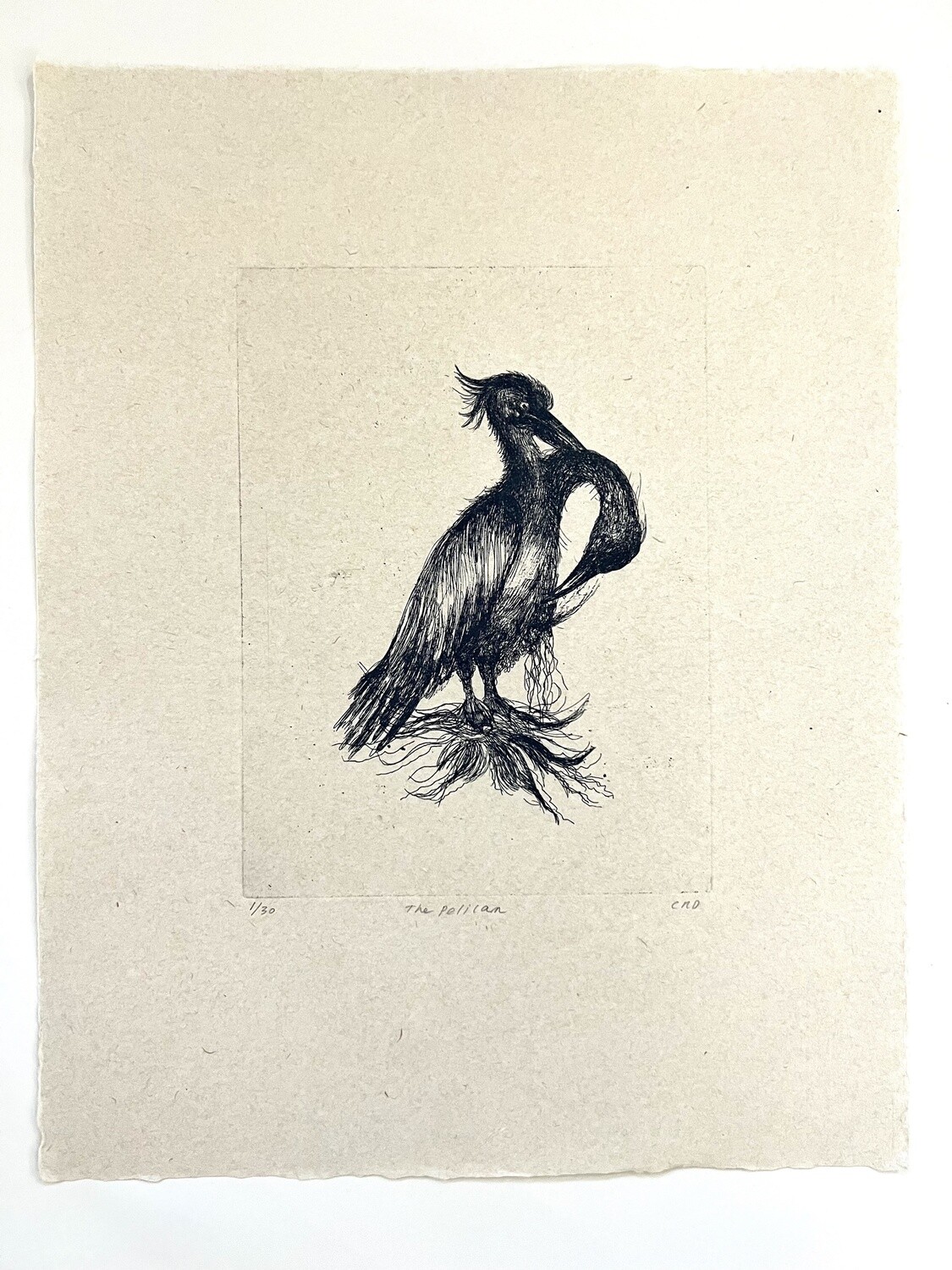 This print is part of the ALCHEMY series of etchings made in collaboration with Schäfer Grafik in November 2022.

In Medieval Europe the pelican was erroneously believed to feed her children with blood from her own pierced heart, an ancient belief that in times of famine the mother bird would sacrifice herself to feed her children or even to resurrect her dead young. No one knows quite how this belief came about but it’s possibly due to seeing the birds regurgitating food into the mouths of their young and tucking their bills into the feathers of their breast appearing to stab their heart.


The pelican became a symbol for self-sacrifice and for the nurturing mother, as well as being associated with the Eucharist in Christian tradition. The “Pelican in Her Piety” (feeding her young) or the “Pelican Vulning” (wounding herself) is an image found on church facades, mozaics, murals and also used in European heraldry.

For more information about other available prints from this series please feel free to contact us at info@crdstudio.com © Cathrine Raben Davidsen