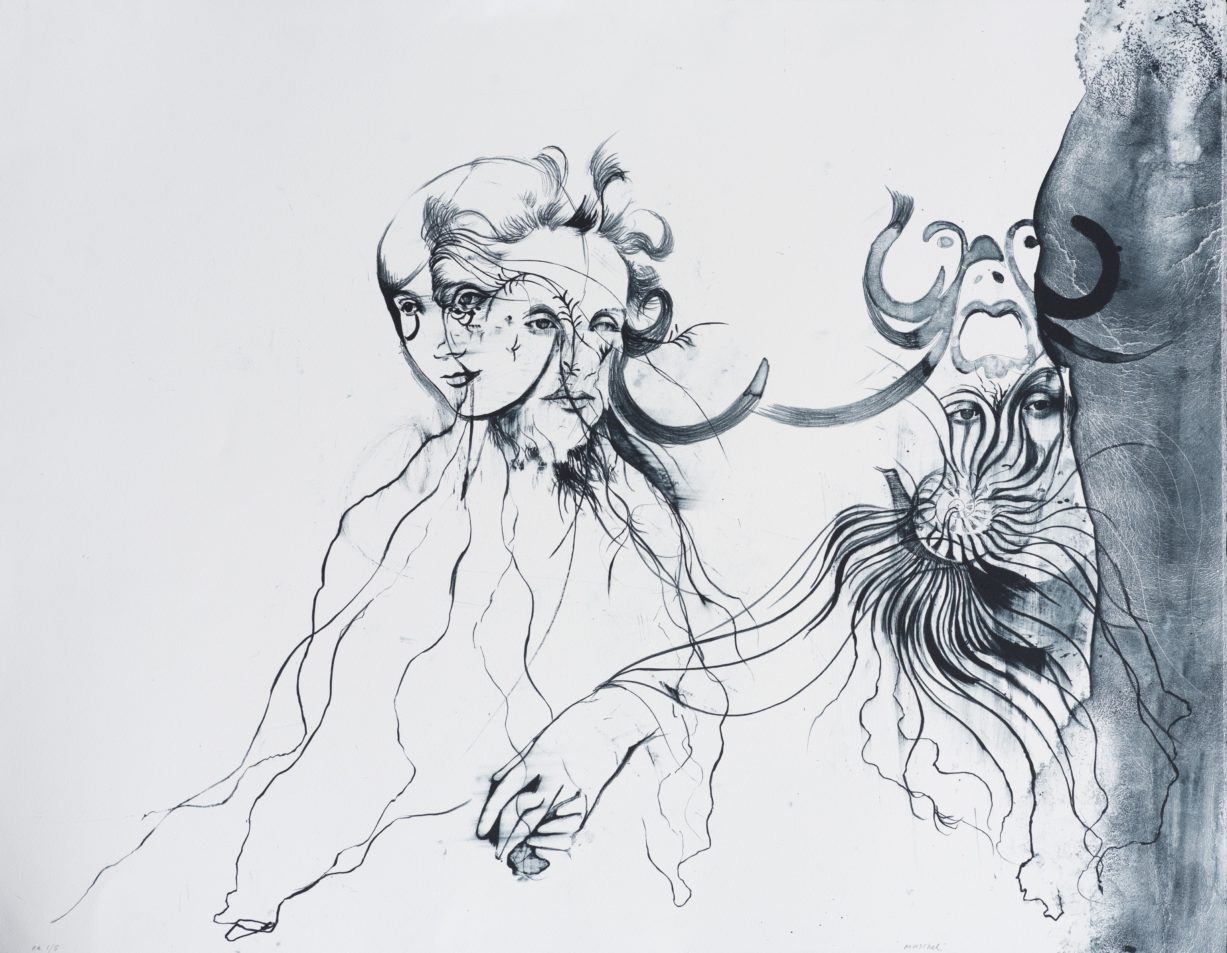 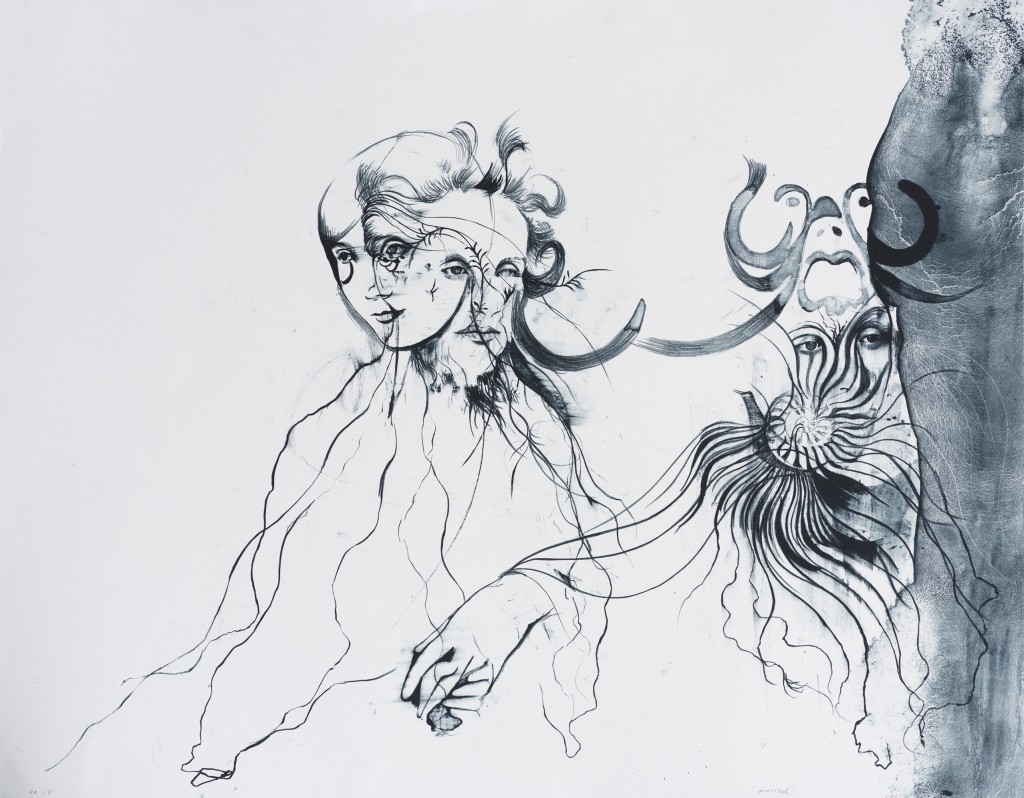 Royal Copenhagen celebrates its 240 th anniversary and its long history of artistic collaboration by inviting four leading Danish artists to freely interpret the colour blue and the original Blue Fluted Plain pattern: Pattern No.1. This project is the partnership with the renowned lithographic studio Edition Copenhagen.

Like the design of the Blue Fluted pattern, the lithograph Muschel, 2015 (see above) created for The Art Project by Cathrine Raben Davidsen incorporates human, botanical and animal shapes to distill a poetic moment. The image consists of two female faces, one superimposed on the other, and a male face barely visible behind a conch figure. Though unfinished, the figures convey a sense of classical beauty. From their faces lines run downwards and from the striped pattern of the conch lines are cast out into a spiral movement. Above the male face appears a stylized mask figure with the features of a monkey. It is a direct loan from an early 20th-century design by Arnold Krog for the Blue Fluted porcelain. Raben Davidsen has also added a sensuous abstract layer in the shape of a large dark field created by a wash technique at the right edge of the paper. The technique is based on an accidental process involving an oily liquid wash, water and air, and exactly these elements are reflected in the overall subject matter of the composition, where the figures seem to float around in an empty space or as if under water; moving back and forth between each other, reflecting life and history as essentially timeless and complex matters. 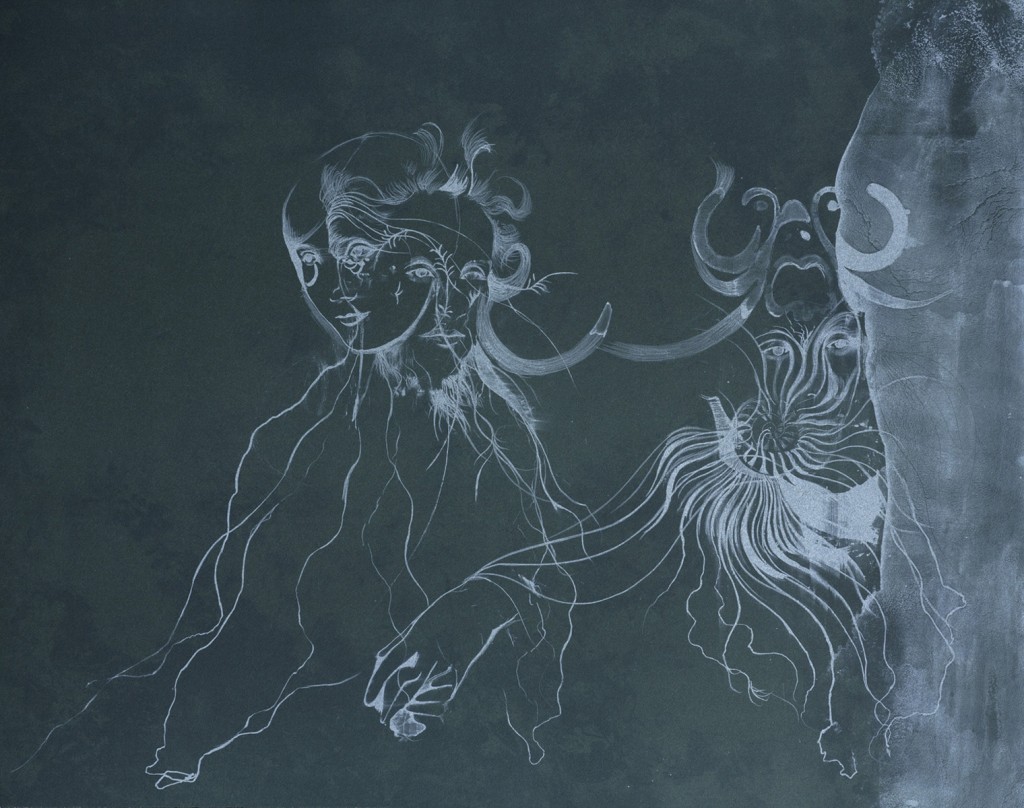 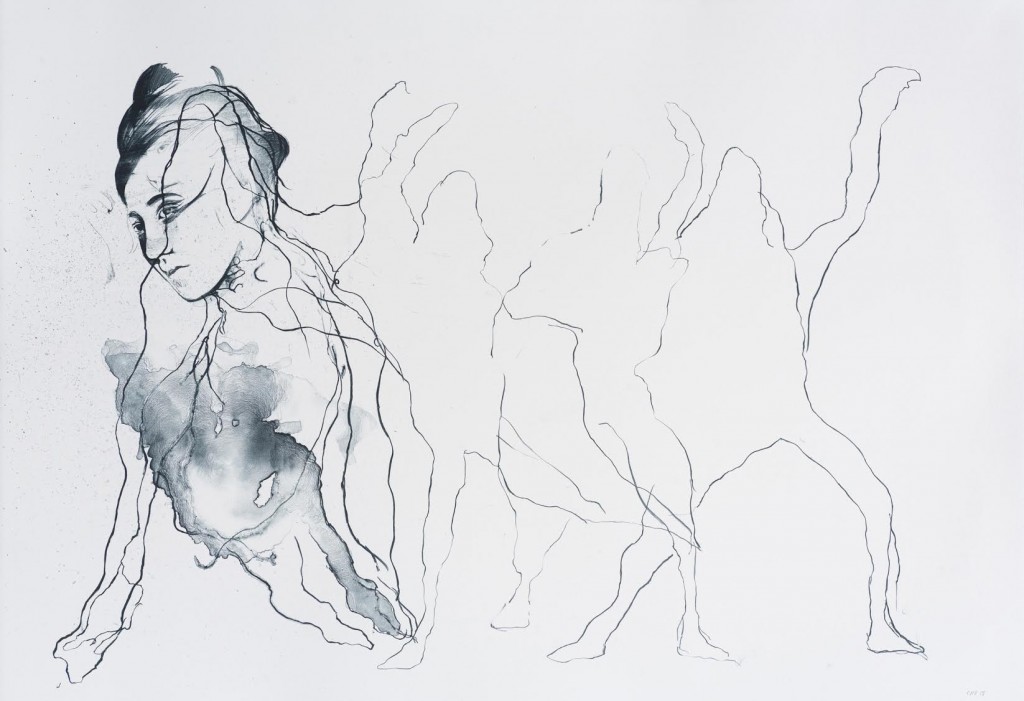 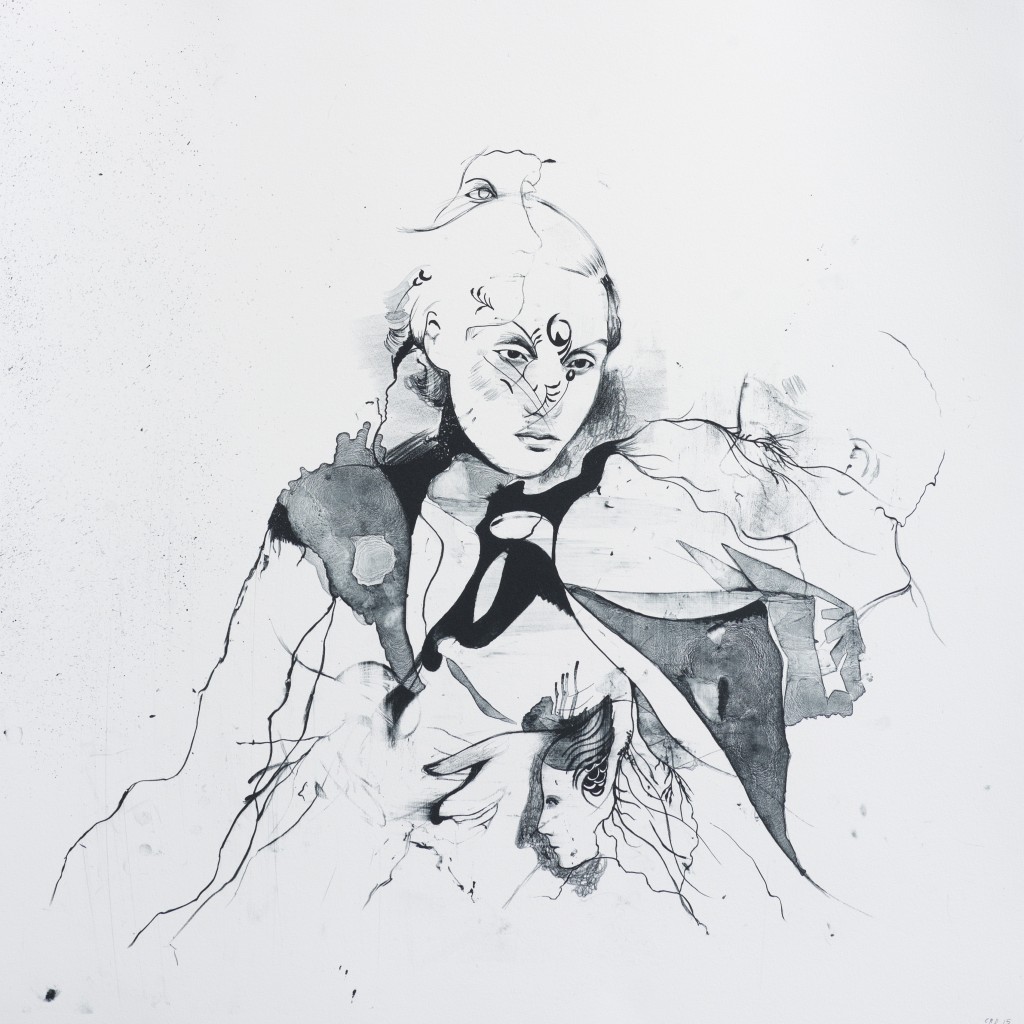