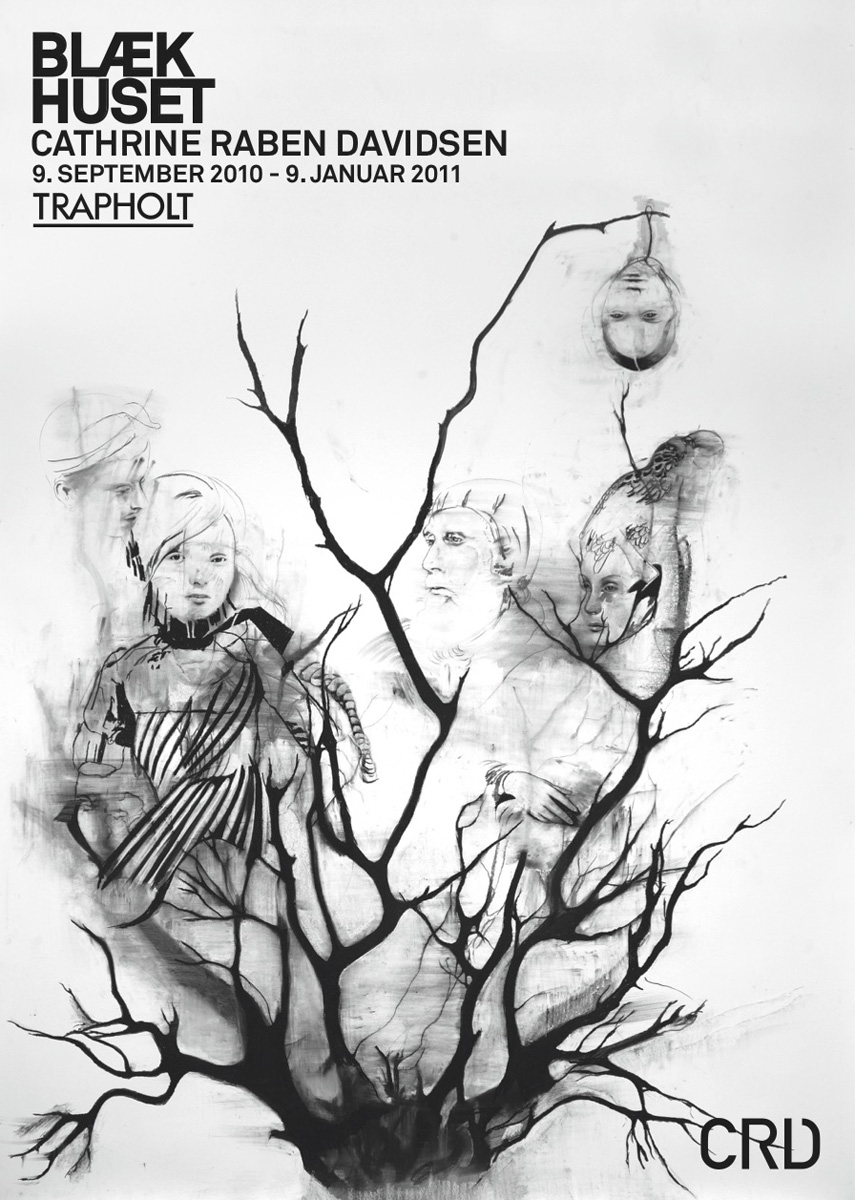 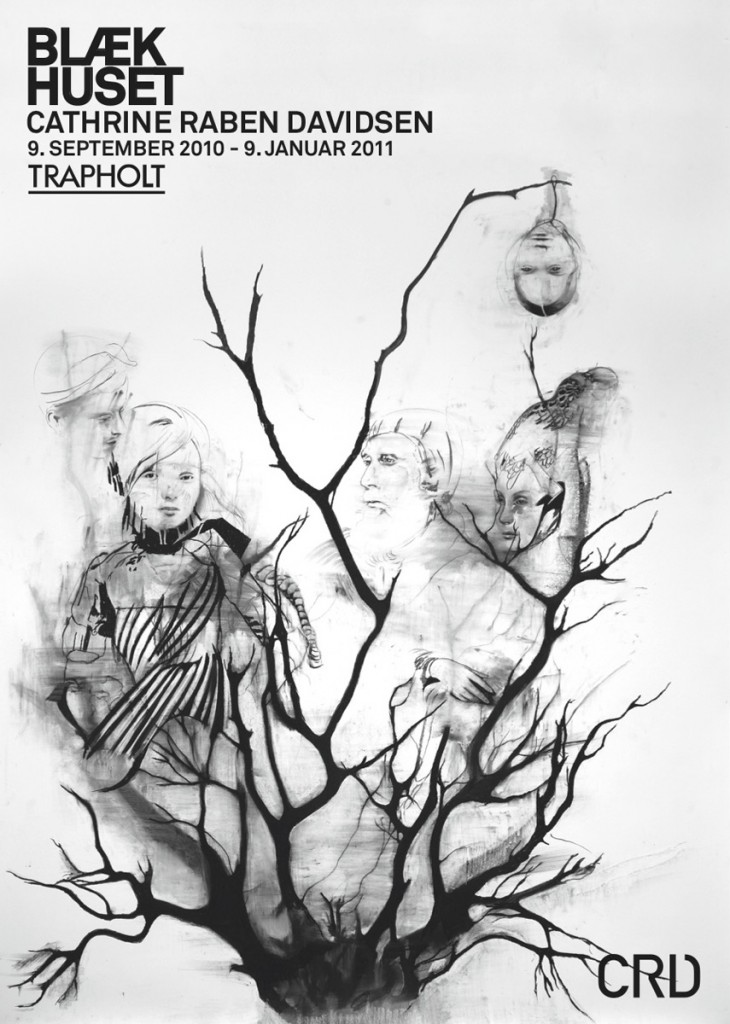 Large charcoal drawings, paintings, ceramics, graphic works and works on paper made with felttip pen and ink. Cathrine Raben Davidsen is one of the central, younger artists on the contemporary Danish art scene. For this exhibition Raben Davidsen has created a series of new works expressing a more intense and dramatic tone than in her previous works. The motif is centred around transformation and death. In 2008 Raben Davidsen was presented at the solo exhibition White Ink at Horsens Museum of Art. The title and theme of that exhibition referred to the invisible voice of woman in history. The works for the exhibition at The Inkwell, in contrast to White Ink, are more intense. “Ink and charcoal cannot be erased once they are on the paper. Ink has a will of its own, ink is something uncontrollable, something independent,” Raben Davidsen explains.

The works of Cathrine Raben Davidsen touch upon transformation, identity and human relationships. Faces and figures are interwoven to a point where it can be difficult to tell where one ends and the other begins. The unfinished is a formal device that gives Raben Davidsen’s works a fragile, dreaming character, but this is also related to the content of the subjects. Not only can it be difficult to determine their gender; the transitory line and the many overlapping layers also sow doubt about their identity. Raben Davidsen gives no clear answer, but sets up successions of possible, enigmatic narratives which it is up to the viewer to complete.

Cathrine Raben Davidsen has drawn inspiration from Japanese and Indian fables among other sources in the creation of the works for The Inkwell. Even though the works have a figurative expression, they cannot be read as a continuing story, and only very few of them refer to a specific fable. Raben Davidsen is much more absorbed in the way the fable uses a message, has levels of meaning and by the transition that often takes part in the story. Raben Davidsen regards the mythological tales as a universal language, leading the observer beyond the story to the timelessness of life itself. Raben Davidsen says: “Myth is a comedy, like a novel. It is a charade which sets the imagination free and asks: what if?” Fortunately, art is liberated from the bonds of sense and logic. It is continually suggesting and combining new forms of understanding and insight.”