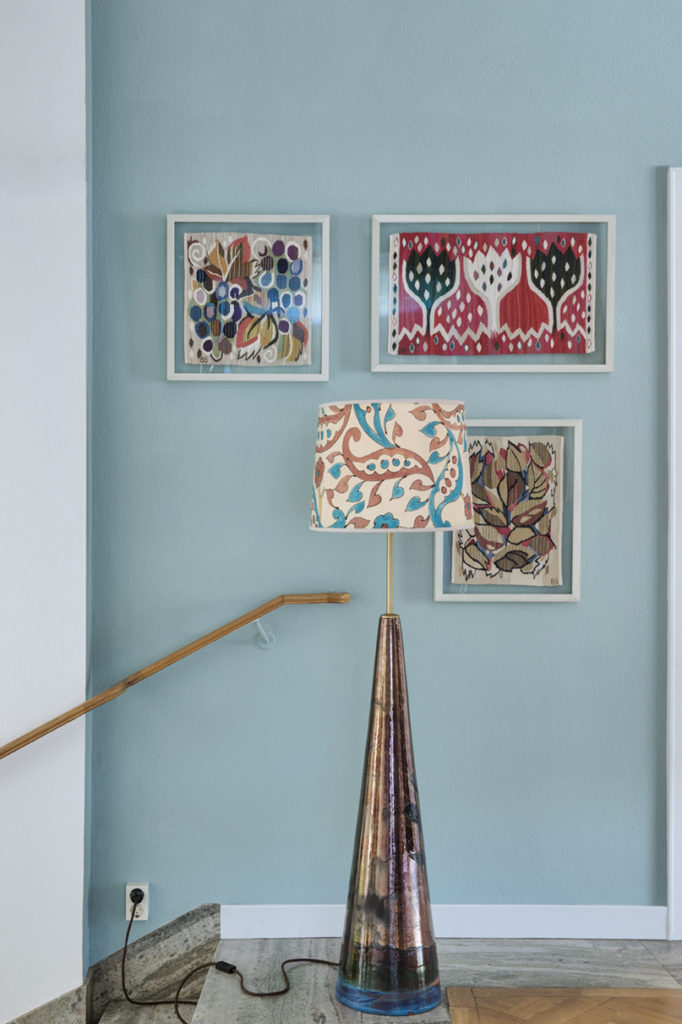 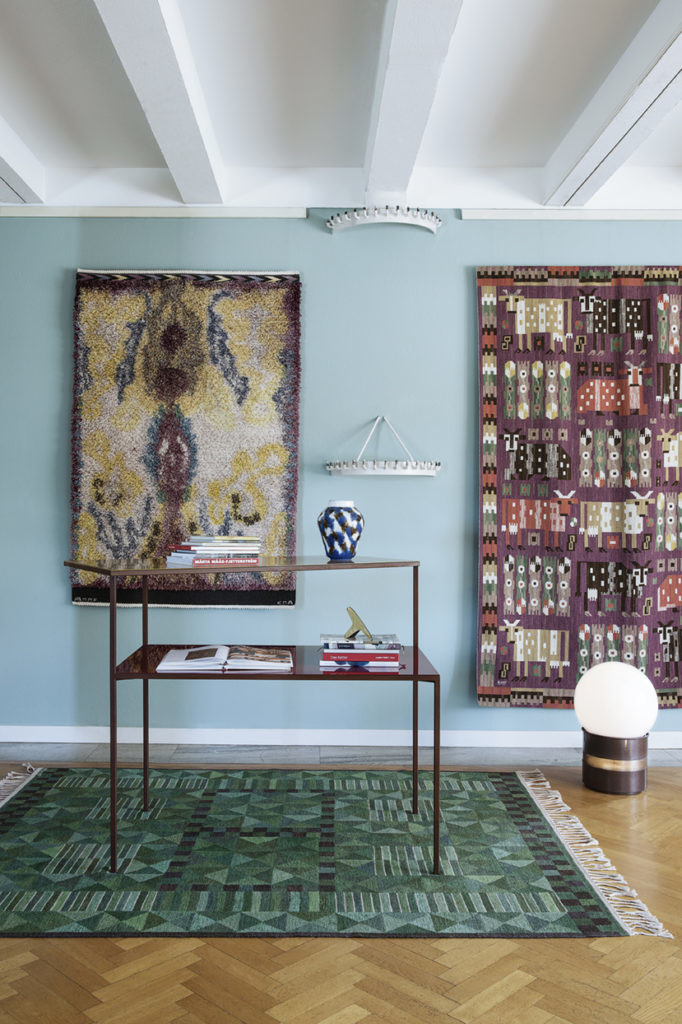 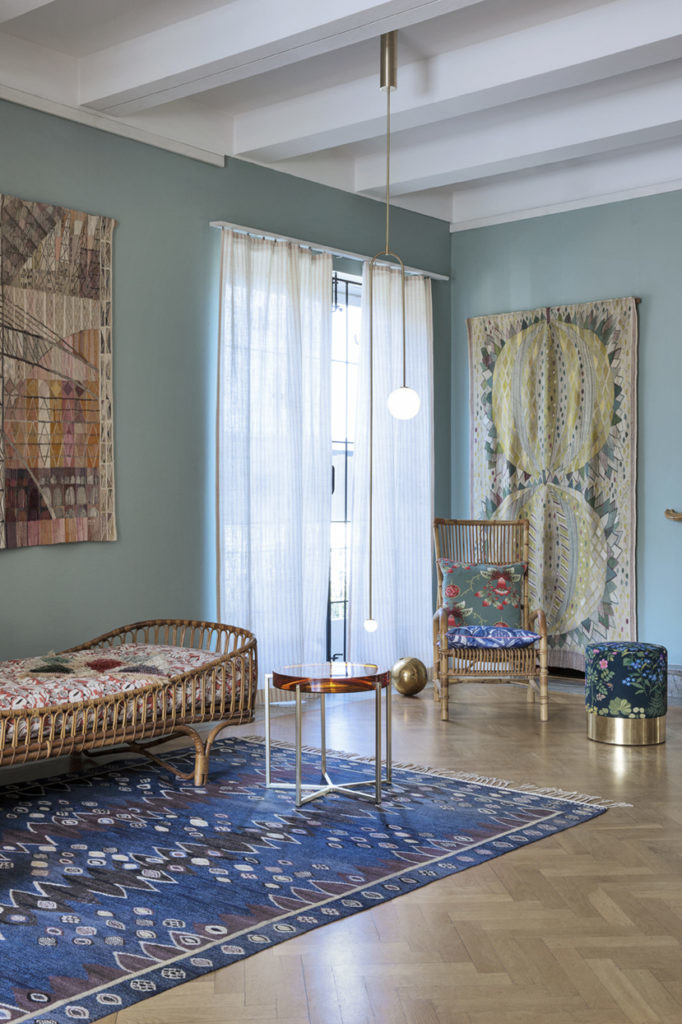 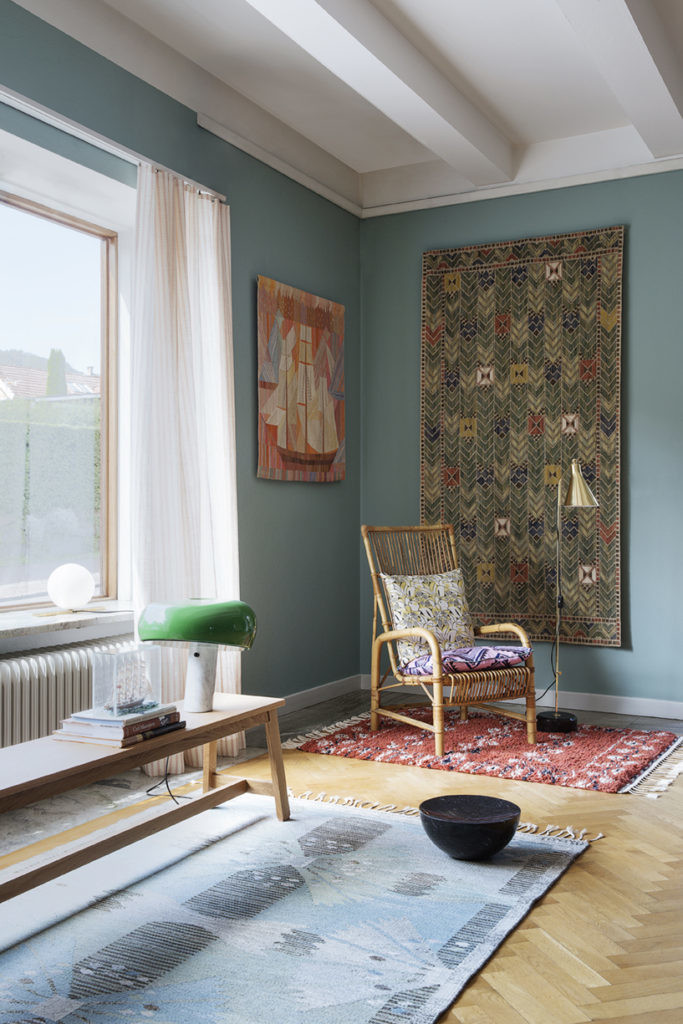 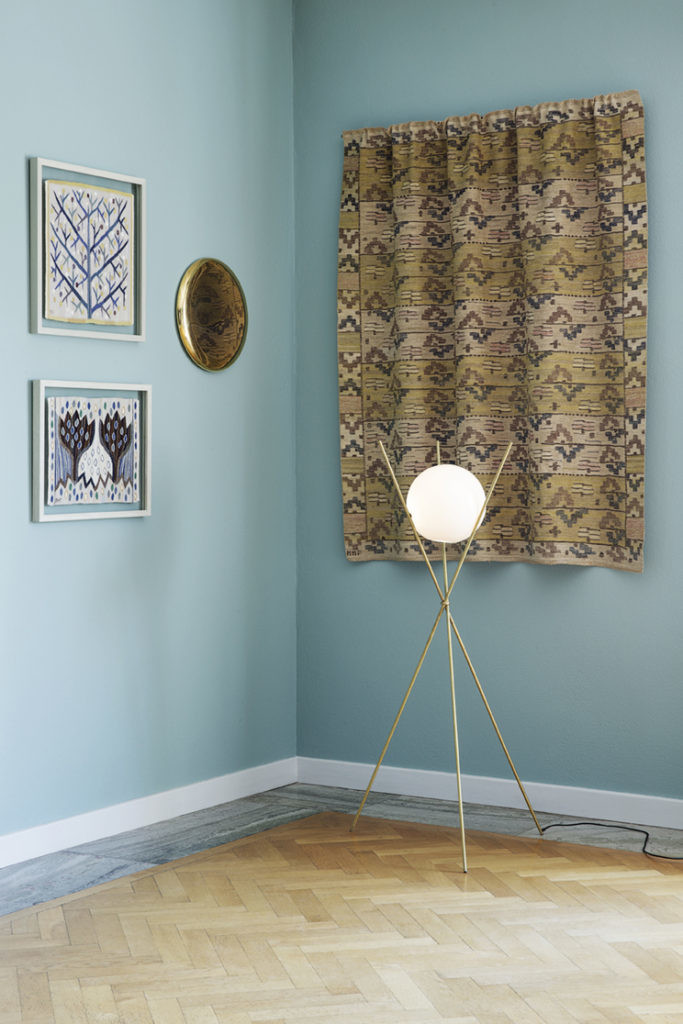 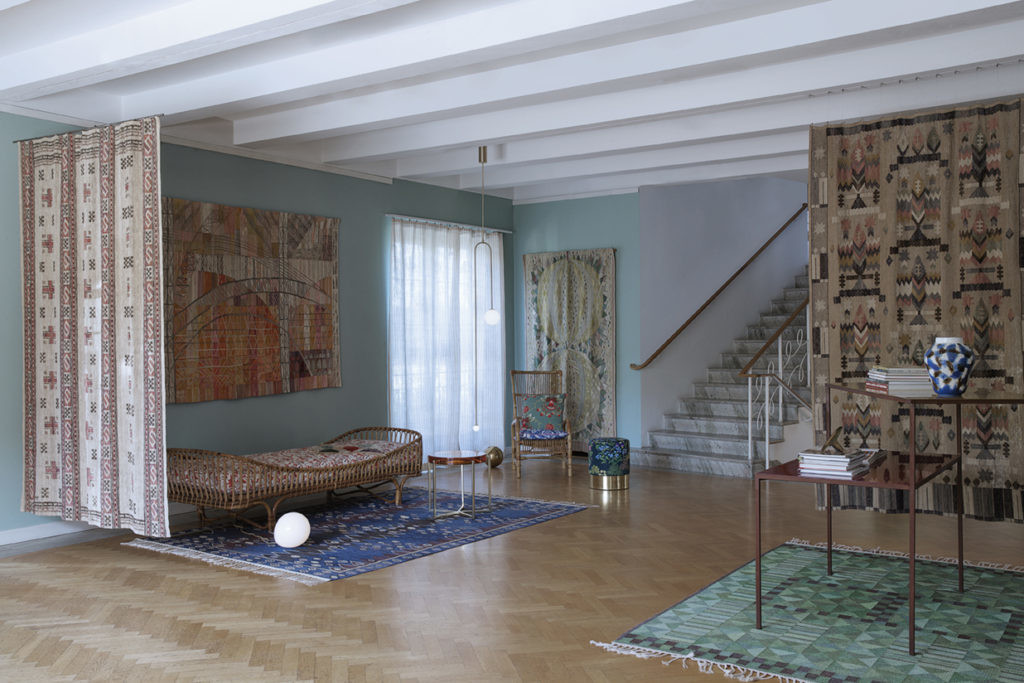 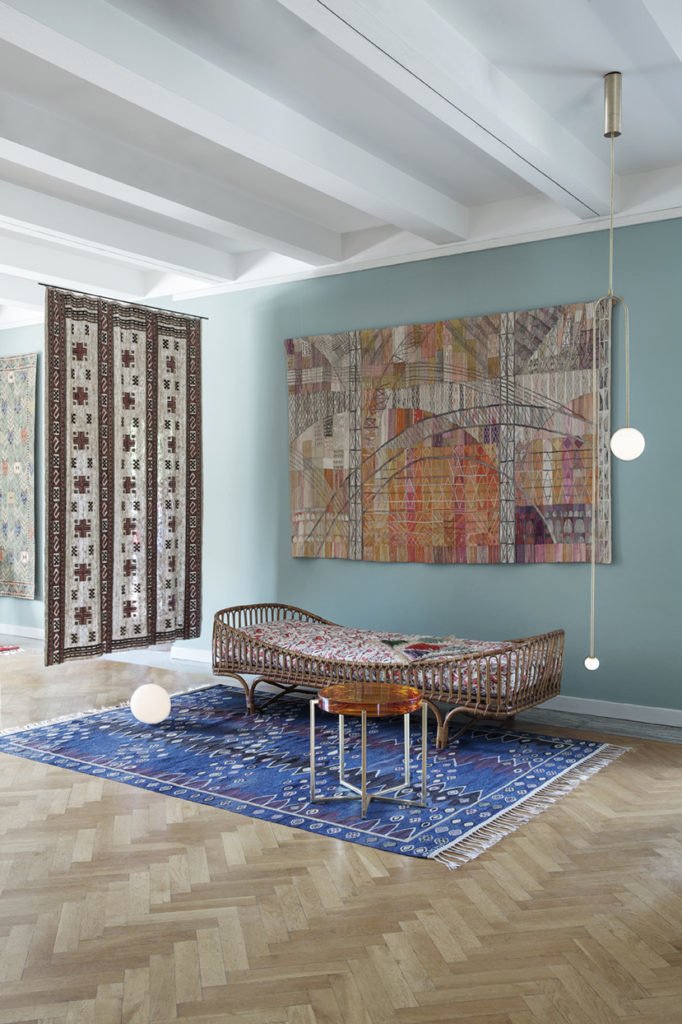 Following a successful collaboration last year, Tina Seidenfaden Busck, founder of The Apartment in Copenhagen, journeys to the exclusive Swedish seaside resort of Båstad to curate a summer exhibition for the legendary weaving studio, Märta Måås-Fjetterström. Organised under the theme of wall hangings, Tina Seidenfaden Busck will focus her practised and considered eye on exquisite examples from Märta Måås-Fjetterström herself, Barbro Nilsson, Marianne Richter, Ann-Mari Forsberg and Karin Mamma Andersson, mixing these with beautiful items of furniture and works of art by her own roster of internationally renowned designers and artists, as well as vintage pieces, for a unique and inspiring environment. Participating designers and artists include Muller Van Severen, Michael Anastassiades, Ilse Crawford, McCollin Bryan, Azucena, Cathrine Raben Davidsen and Rune Bruun Johansen. 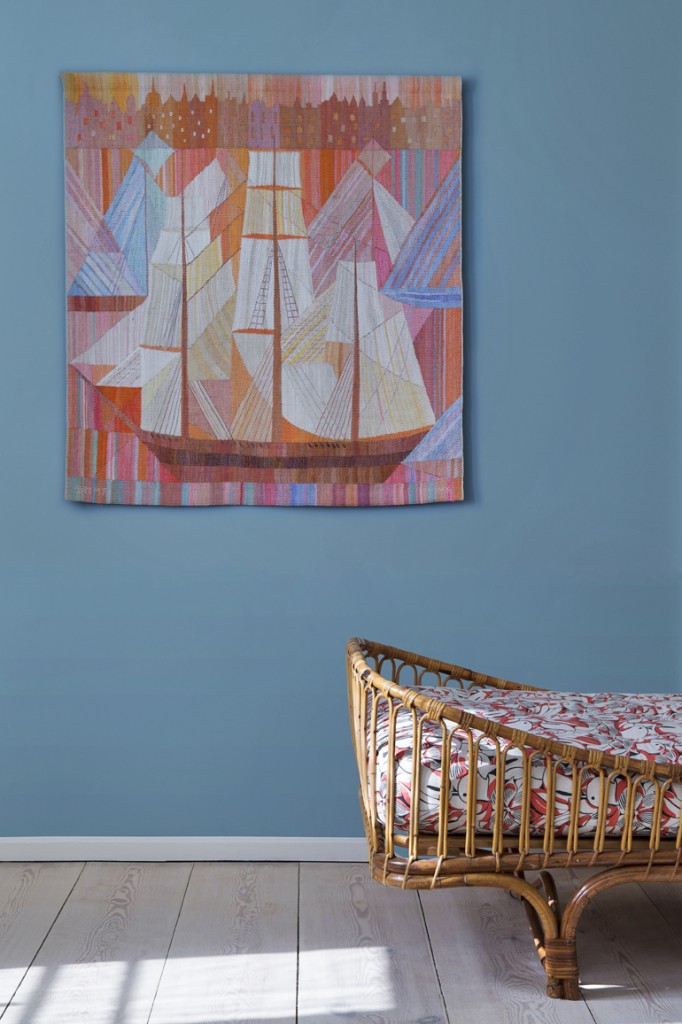 Since its opening in Copenhagen in 2011, The Apartment has become a must-visit space of art and design, esteemed for its inventory of tasteful, colorful and timeless design pieces, ranging from lighting to objects and soft furnishings. Its ethos perfectly complements that of Märta Måås-Fjetterström’s, founded in 1919, which is celebrated around the world for producing variegated, hand-woven and utterly distinct designs. Last year The Apartment presented a joint exhibition with MMF, pairing elegant, spare lighting by London designer Michael Anastassiades with 10 rugs from the Märta Måås-Fjetterström Studio, including one by the artist Karin Mamma Andersson. Between 2002 and 2014, the Swedish studio emphasized its links to contemporary art by realizing unique textile works with contemporary artists, among them Olafur Eliasson and Queen Margrethe II.

TINA SEIDENFADEN BUSCK, FOUNDER OF THE APARTMENT
“I am delighted to be curating Märta Måås-Fjetterström’s summer exhibition at its home in Båstad this year, following our happy collaboration last year at The Apartment in Copenhagen. Märta Måås-Fjetterström produces extraordinary woven textiles in addition to the rugs for which it is famous. I am excited to be revealing beautiful examples of vintage wall hangings and combining them with selected pieces of art and furniture by the designers and artists, I work closely with.”

ANGELICA PERSSON, MANAGING DIRECTOR OF MÄRTA MÅÅS-FJETTERSTRÖM AB
“After the successful exhibition last year – when Märta Måås-Fjetterström visited The Apartment in Copenhagen – we know that Tina Seidenfaden Busck at The Apartment, with her strong sensibility and professional eye, can shine new light on MMF wall hangings – and with a modern twist pair them with selected internationally recognized art and design. We are very happy to offer this beautiful coalition to our many visitors at the Märta Måås-Fjetterström Studio in Båstad this summer.”

ABOUT THE APARTMENT
The Apartment is an interior design gallery housed in an elegant eighteenth-century house in the heart of Copenhagen. Tina Seidenfaden Busck opened the space in 2011. Formerly she worked with Sotheby’s for more than 10 years in both London and Copenhagen. Her lifelong passion for design and contemporary art is evident in her interiors.

ABOUT MÄRTA MÅÅS-FJETTERSTRÖM AB
The Märta Måås-Fjetterström Studio was founded in 1919 in Sweden by Märta Måås-Fjetterström, one of the leading textile artists of the early twentieth century. Märta Måås-Fjetterström bequeathed 700 designs that form the studio’s heritage after her death in 1941. Starting in 1942, contemporary artists, including Barbro Nilsson, Marianne Richter and Ann-Mari Forsberg, have continuously contributed with many new works. Today 15 artisan weavers create hand-woven rugs in the MMF studio that adorn homes, public institutions, companies, embassies and churches.